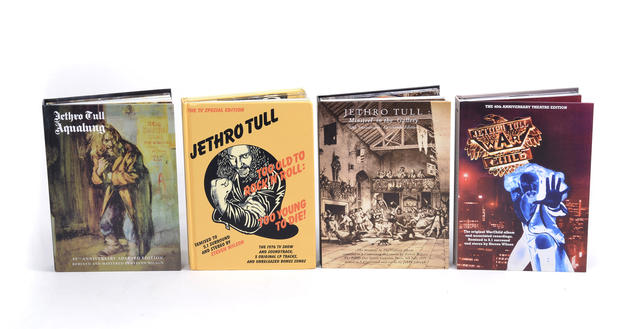 To celebrate the release of the latest Jethro Tull boxed set – the new deluxe 2CD/2DVD version of the classic ‘Aqualung’ album - you can enter to win an expansive Tull prize package. Available now, the 40th Anniversary Adapted Edition of ‘Aqualung’ includes the Steven Wilson remix of the album, an additional disc of associated 1970/1971 recordings, including the ‘Life Is a Long Song’ EP and a host of bonus tracks, plus two DVDs with 5.1 surround mixes and the original ‘Life Is A Long Song’ promotional film. The 2CD/2DVD box comes housed in a deluxe 80 page hard bound book, with lyrics, rare photographs, recording essays and more. To celebrate this new release you can enter to win a Jethro Tull package, comprising a copy of the new ‘Aqualung: 40th Anniversary Edition,’ along with deluxe 2CD/2DVD versions of ‘Too Old To Rock’n’Roll: Too Young To Die,’ ‘Minstrel In the Gallery: 40th Anniversary : La Grande Edition’ and ‘WarChild: 40th Anniversary Theatre Edition.’