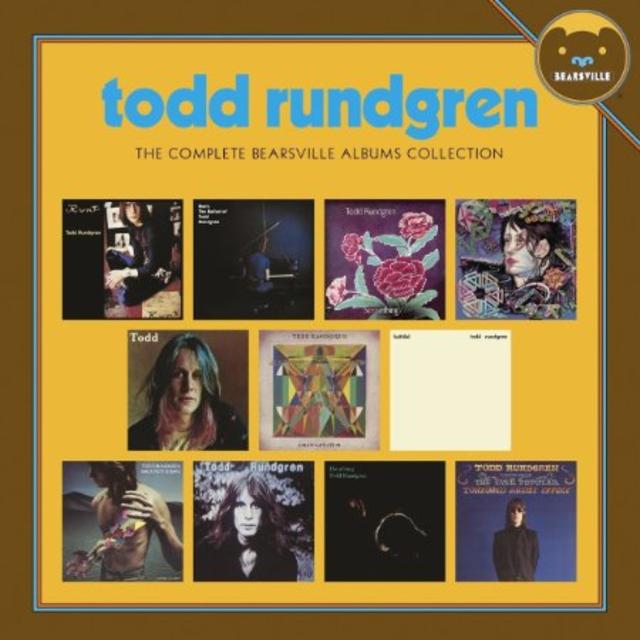 If you've been a fan of Todd Rundgren since the '70s, then you know all about Bearsville Records, but for those of you who aren't in the know, here's a quick history lesson: it was a label that was started by Albert Grossman, and in addition to our man Todd, the roster also featured folks like Paul Butterfield, Bobby Charles, the dB's, Foghat, NRBQ, Sparks, Randy VanWarmer, and Jesse Winchester. On the whole, Foghat may have been the biggest commercial success on the label, but when it comes to the Bearsville artist with the most rabid following, we'd pick Mr. Rundgren every time, and if you're not part of that particular following, now's the perfect time to join up, as we're only a day away from releasing The Complete Bearsville Albums Collection, a 13-disc set which includes the 11 albums released by Rundgren during his time on the label.

Here's a list of the albums that are included in the set, along with the singles you might recognize:

As you can see, you're looking at a whole lot of great pop music, and that's just the singles. Once you factor in the album tracks, you'll have far better comprehension of why Todd Rundgren remains a musical legend even now. That's not to say that he isn't still recording - when Bearsville Records closed up shop, he kept right on going and hasn't stopped yet - but The Complete Bearsville Albums Collection shows you how he got to be a legend.