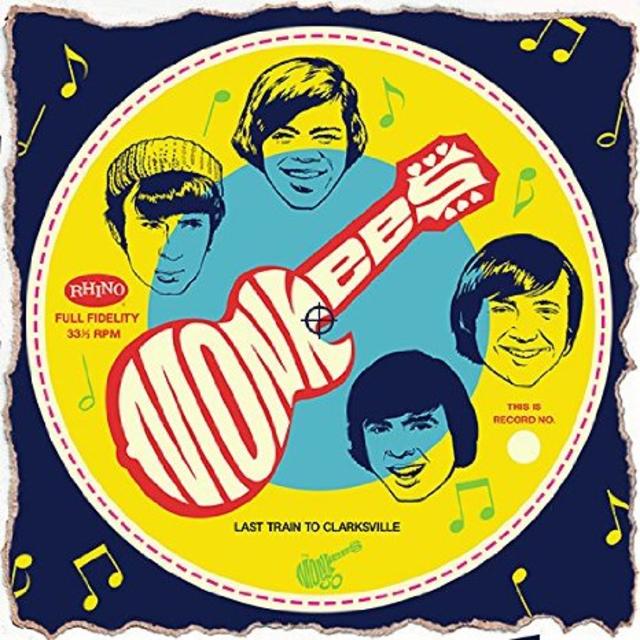 Way back yonder in 1970, Post Cereal - the folks who brought you Alpha Bits, Honey Comb, and the late, great Frosted Rice Krinkles - teamed up with the Monkees to release a quartet of singles which were printed onto the outside of the cereals' boxes. As you might well imagine, the sound quality of these singles wasn't exactly up to the standards of most audiophiles, but the group's predominant audience at the time weren't necessarily the most discerning.

We'll allow the folks from Colgems.blogspot.com to explain:

Incredibly, while the first generation of Monkees fans generally were now listening to heavier sounds, kids born in the mid to late 1960s were making the Monkees TV show a hit all over again, albeit on Saturday mornings. This gave Colgems hope that a new album, Changes, could revive the act, now down to a duo. While it didn't do the trick, Colgems was not yet done with a major marketing ploy to keep the Monkees in the spotlight, at least with little kids. One of the Monkees original sponsors on NBC was Kellogg's, but they had moved onto other things by 1970. However, one of Kellogg's major competitors, Post Cereal, needed its own marketing ploy to at least keep in the game with Kellogg's. Post Cereal, like the Monkees franchise, needed a boost, and out of this marriage came... Cereal Box Records.

Now, as part of our Start Your Ear Off Right campaign, we've released Cereal Box Singles, a set which includes four limited edition 7” singles - faithful reproductions, cardboard and all - the titles of which will ring a bell with those of you who were part of the Saturday morning audience back in the day:

Yes, that's right, Monkees fans: at long last, your dream has come true. You're welcome, and happy 2016. Just don't forget: this is a limited-edition situation - there are only 5,000 copies being printed - so get yours while you still can!