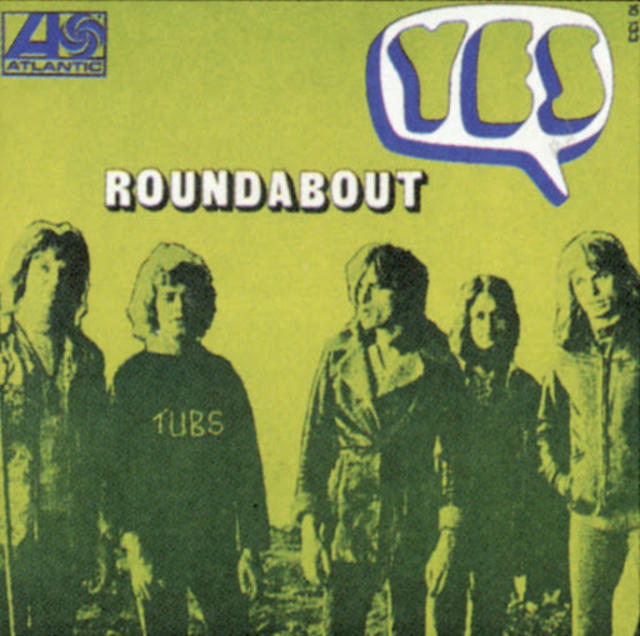 In 1971, the band Yes was on a roll. They released a pair of albums--The Yes Album in February, and Fragile in November. Both had been critical and commercial successes, with the latter doing particularly well in America, where Fragile peaked at #4 on the Billboard 200 in February 1972.

When the band's label, Atlantic, saw how well Fragile was doing with US rock fans and on free-form FM radio stations, they had an idea: flipping the album's opening track, "Roundabout," into a pop single.

It was no easy feat, as the song is an elaborate prog-rock suite that spans almost eight and a half minutes. After giving the tune a severe edit, Atlantic released "Roundabout" as a 3:27 single on January 4, 1972. Atlantic's plan worked like a charm: the song charged into the top 20 and flirted with the top 10, peaking at #13 on the Hot 100. It was Yes' highest-charting song on the chart until January 1984, when the band hit #1 with "Owner of a Lonely Heart."

"When we first heard the 'Roundabout' single, it was on the radio. We didn't know it was released," singer Jon Anderson explained to Songfacts. "We were busy being a band on the road, and then we heard the edit and we thought, 'Wow, that must have been a big pair of scissors to edit that song.' I mean, it was just totally wrong musically. It actually worked, and all of a sudden we became famous, we had a hit record. More people came to see us, which was great, because then they would see the progression of music we'd been doing, and they'd see us more as a band, and not just wait for 'Roundabout.' Because we didn't do that 'Roundabout' in those days. We did the 8-minute version."