Stay Tuned By Stan Cornyn: Living with The Dead 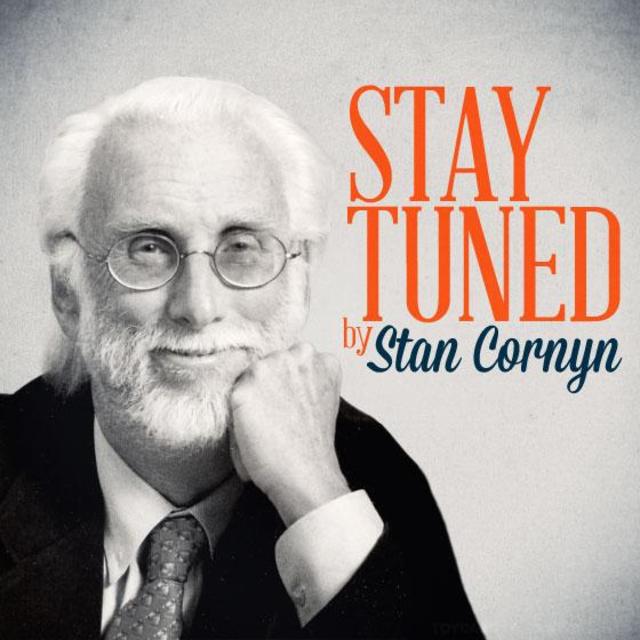 Earlier in “Stay Tuned,” we covered the discovery of the Grateful Dead in San Francisco and Monterey and, for a moment, in North Hollywood, where the newly signed group insisted on recording “thick air” for their first studio album. (They lay on the studio floor, recorded silence, so that their records would have the feel of life.)

Then they left and took to the road. In the years and albums to follow, they learned a lot.

So now, it’s albums later, and time to catch up on this lively band of mania.

In 1971, The Dead’s record label, Warner Bros., decided to name October “Grateful Dead Month,” and thus exploit what the Dead had come up with since birth: seven albums! Enough, to quote a line in this campaign, that each one of us can “Fill Your Days with the Dead.”

To make this a month like no other, marketing from WBR took off.

Boxes of goodies came in, got repackaged, and went out to the field.

* Grateful Dead T-Shirts, 10,000 of them, with the rose-crowned skull of their new album blasting shirt-chest-high in bold color. Shirts got packaged into record store display kits, four to a box, with some six feet of clothesline and clothes pins, to hang Dead Shirts wall-to-wall across stores across America. (More shirts became hand offs to radio, press, and the Dead and its family.)

* Sew-On Patches of the rose-topped skull, to stitch on whatever. Also used as giveaways in those stores.

* Ads for store use, and in the kit for stores, those ads urged: “Dear Consumer. Be aware that there’s now a Dead album for every day of the week! Seven!”

How to Have a Month

Not just any act on Warner Bros. can have a Month. For instance, Neil Young can’t this October; he doesn’t have a new album. Nor can the Beach Boys because they have only two albums in their Brother/Reprise catalogue.

But The Dead did qualify, and indeed, Warner Exec. VP Joe Smith, who signed them one odd night back in the Fillmore in San Francisco while he was dressed spiffy in a suit and tie, Joe now explained, “The Dead are one of the most influential, exciting, and important bands in the country.” Amen, Joe.

A two-disc set, in their “live” style, with guitarist Bob Weir now emerging as the group’s lead singer as well as “The Dead Member Most Likely to Become a Pop Star If He Ever Wanted To.” (He didn’t, it turned out.) But in this new LP, Weir sings lead in seven of the dozen songs on four sides.

Weir sings John Phillips’ “Me and My Uncle,” then Kris Kristofferson’s “Me and Bobby McGee,” Chuck Berry’s “Johnny B. Goode,” Merle Haggard’s “Mama Tried,” and more.

The others? Jerry Garcia vocalizes “Bertha,” “Big Railroad Blues,” “Wharf Rat, and “Going down the Road Feelin’ Bad.” And Pigpen gets one, too: “Big Boss Man.”

A whole concert, including re-do’s of previous Dead songs.

Number Seven felt like a family reunion, with no turkey.

Here’s that list, since it’s been a while since we’ve checked in on the Dead.

First: Grateful Dead, released “live” performances because, in the opinion of San Francisco-ites, they wanted to feel “the ecstasies” of those first, mind-expanding SF dance concerts, with songs like “Viola Lee Blues,” which many still believe gets one high.

Long pause. Second: Anthem of the Sun. Produced by Dave Hassinger, but his L.A. studio was soon abandoned and the Dead scooted from studio to studio across America. Recording had started in North Hollywood’s American Studios, then many others in New York and L.A. and San Francisco The group was experimenting not with music but life itself. To record that “thick air,” they lay on the studio floor with the tape running. To Joe Smith, getting Anthem out to the market took forever, and Smith hoped it would mark the end of “outside” producers for the Dead. He once called it “the most unreasonable project Warner had ever been involved in.”

In Anthem, The Dead imported psychedelic sounds, using kazoos, a harpsichord, and timpani. Or as Jerry Garcia once confessed, parts of the album were “far out, even too far out. We weren’t making a records in the normal sense. We were making a collage.” Songs got titled fancily – “Cryptical Envelopement” for instance – but two songs in the LP became concert staples for the Dead: “That’s It for the Other One” and “The Faster We Go the Rounder We Get.”

The public did not wrap its ears around Anthem. The Dead’s only album not to go gold.

We got busy. How about one of “those ads” we’d be running?

Ads like Pigpen’s got admired, but how many more albums they sold, not sure. Time to come up with another album:

Third: Aoxomoxoa. Which “title word” doesn’t mean a thing. (The LP was originally going to be titled Earthquake Country.) Odd credits on this album. Label copy reads “Arranged by the Grateful Dead.” And nobody named as producer. Best known for its weird, futuristic cut “What’s Become of the Baby.” Biggest fave for fans: “St. Stephen” and the thumper, “Doin’ That Rag.”

In retrospect, Aoxomoxoa feels like the Dead were exploring other music forms on this one. It cost $180,000 in studio fees. Recoupable. The Dead learned from that.

Fourth: Live/Dead came out in 1969, recorded in hometown Fillmore West and the Avalon ballrooms. Again a double-disc package, and the group’s first big sales hit, because Live was precisely what their audience had been awaiting.

One whole side, all of Side One, was “Dark Star,” featuring Jerry Garcia’s mystical guitar explorations. Also Pigpen growling and getting the audience jumping on “Turn on Your Love Light.” This was all audiences wanted from The Dead, and it sold that way.

Fifth: Workingman’s Dead, out in '70. Recorded at San Francisco’s Pacific High studio in nine days flat (the Dead had learned from Aoxomoxoa about recording costs). By now, the Dead had opened up as a group, having listened to West Coast pals Stephen Stills and David Crosby about how to sing as a group.

The Dead’s new tactic became “sing in harmony.” Garcia, Weir, and Lesh especially went after harmony-performances on “Uncle John’s Band,” “Casey Jones,” and “Black Peter.” The album also became the only Dead album with a photo of the group on its cover. Readers of Rolling Stone voted this the “Best Album of 1970,” ahead of other WEA acts Van Morrison and Crosby, Stills, Nash and Young.

Sixth: American Beauty, in the Fall of 1970. The group’s vocals got even tighter (better). Song like “Ripple” and one that would become the group’s stand-out, “Truckin.” The Dead felt to us at WBR that they were getting a little bit “commercial,” which to us was not naughty to get. “Sugar Magnolia” by Bob Weir got broader radio play. And joining in for hits: Pigpen’s “Operator,” and Phil Lesh’s “Box of Rain.”

Seventh: Grateful Dead. Informally called Skull and Roses. Like the Dead’s six previous albums, the group starred its original five members: Jerry Garcia, Phil Lesh, Ron (Pigpen) McKernan, Bob Weir, and Bill Kreutzmann. And often second drummer Mickey Hart (who left in 1970). But we at Warner talked it over, and couldn’t think of any other major group that was same-personnel after five years (other than The Who, but they were from England.)

And now, the Dead were interested in sales. In October, as they toured while our marketers were hanging up their clothes lines, the Dead moved through concerts in the Midwest, and arranged for five broadcasts of their performances to be simulcast by local GM stations. In stereo, carrying their message to many thousands who couldn’t fit into concert halls, but did have radios with two speakers.

The whole thing was working. The Dead even listened to Joe Smith when he recommended not using their first title for this album, Skull Fuck.

And the Dead told Joe Smith, they would have more to come. They just didn’t clarify on what label. 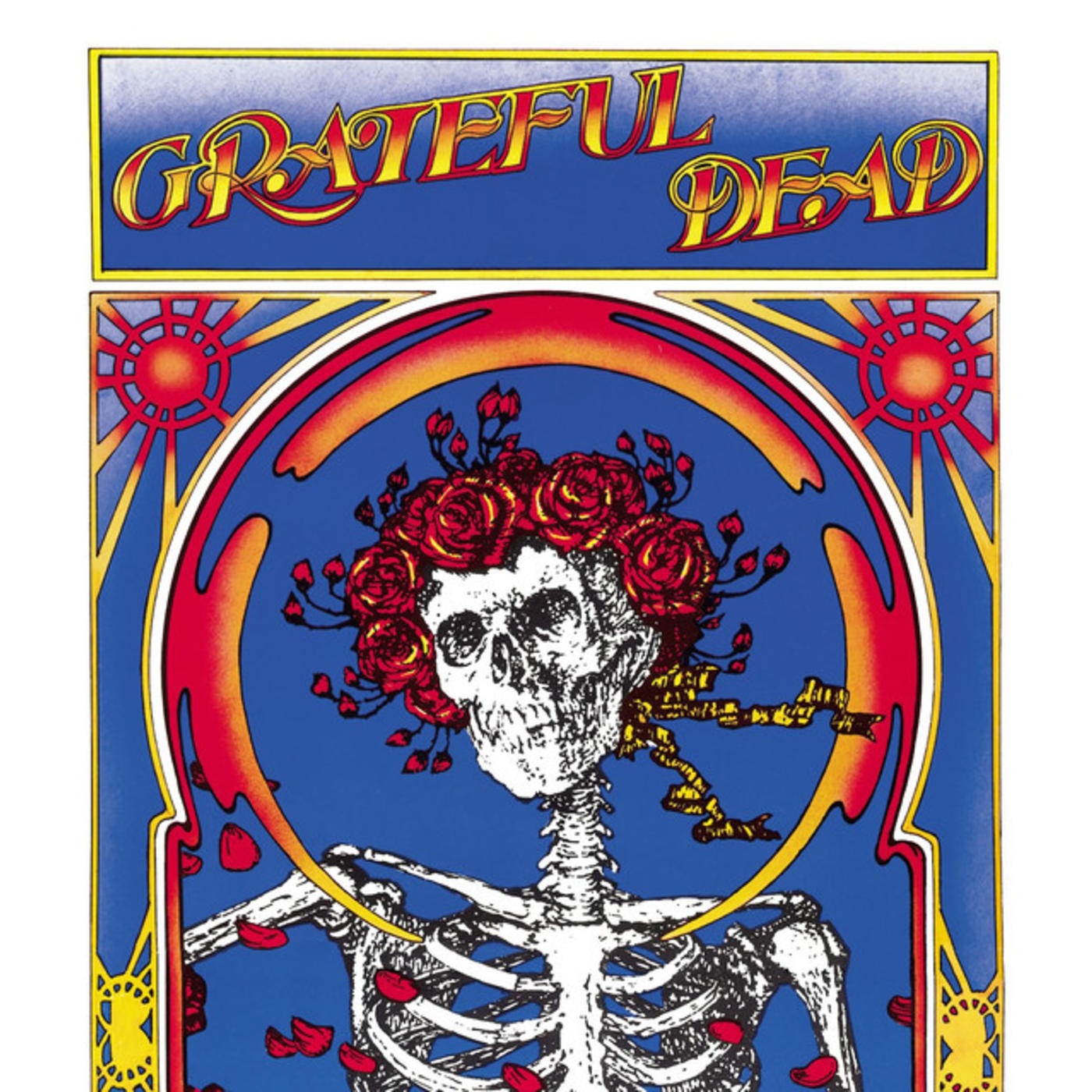