5 Things You May Not Have Known About Yes’s DRAMA 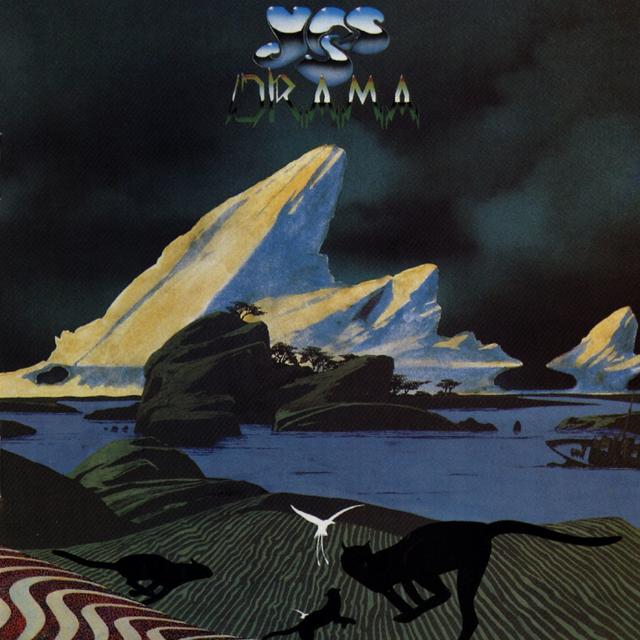 40 years ago today, Yes released their tenth studio album, an LP which found the band shifting its lineup in a way which – album title aside – can only be described as dramatic, but the end result was a collection of songs that’s become a solid fan favorite over the decades. As such, we’ve put together a list of five things you may or may not have known about this occasionally divisive album, so give it a read and give the album a spin as you do so!

1.    It wasn’t produced by Roy Thomas Baker, but it could’ve been...although if it had been, then it probably wouldn’t have been the DRAMA we know and love today.

After wrapping up the TORMATO tour in ’79, Jon Anderson, Steve Howe, Chris Squire, Rick Wakeman, and Alan White headed to Paris to record with Baker, but they arrived with different musical agendas: Anderson and Wakeman wanted to shift toward new age or pop, whereas the rest of the gentlemen wanted to stay on the prog-rock path. The so-called “Paris Sessions” came to an abrupt halt when Alan White broke his foot in a roller disco accident, a statement which may be the most ‘70s thing we’ve ever penned for this site, and when the group reconvened, it went so poorly that Anderson and Wakeman departed, and while we don’t exactly know when Baker fell out of the project, he was certainly gone by the time the band joined forces with Geoff Downes and Trevor Horn to record the album that would become DRAMA.

2.    Downes and Horn were originally only invited to contribute a song.

At that time, The Buggles were blowing up with “Video Killed the Radio Star,” and it was the fact that they shared a manager – Brian Lane – with Yes that brought them into the band’s circle. Lane asked the twosome if they’d write something for Howe, Squire, and White – the remaining trio of Yes members – and they were invited to Squire’s mansion, where Horn played the song they’d come up with: “We Can Fly from Here.” As history reveals, of course, the performance went down well enough for Downes and Horn to be invited to the band’s recording sessions.

3.    Neither Downes nor Horn knew about Anderson having left Yes when they first met up with the other boys in the band.

Reportedly, Squire observed to our man Trevor when he played the band “We Can Fly from Here” that his voice was similar to Anderson’s, but when they got to the rehearsals and saw no sign of Anderson, Squire didn’t offer any explanation as to his whereabouts. After discovering that the intent was for Horn to replace Anderson, Horn was hesitant, but he eventually decided that it was an opportunity of a lifetime that wasn’t likely to cross his path again and went for it.

4.    Before Horn and Downes could be locked in as members of Yes, they had to get the thumbs-up from Ahmet Ertegun.

As the president of Atlantic Records, it was always going to come down to Ertegun’s yea or nay in regards to filled the vacant spots in Yes with The Buggles, but before answering one way or the other, Ertegun – who’d been briefed on the situation by Lane – flew to London to evaluate what the latest lineup of Yes was destined to sound like. Fortunately for all parties concerned, he approved.

5.    Although the recording of the album took three months, Howe did all of his guitar work in two weeks.

In an interview with Innerviews (yes, you read that correctly), the guitarist very much comes across as someone who had no interest in anyone else’s opinion other than his own, at least in regards to his work on DRAMA. “I had total freedom,” said Howe. “I went away and recorded 90 percent of the guitars on my own in a London studio and went back and presented it to the band. At first, people said, ‘Your guitars sound too bright and treble-y.' I said, 'No, shut up and use them.’”