April 1985: Prince Shocks with the New on AROUND THE WORLD IN A DAY 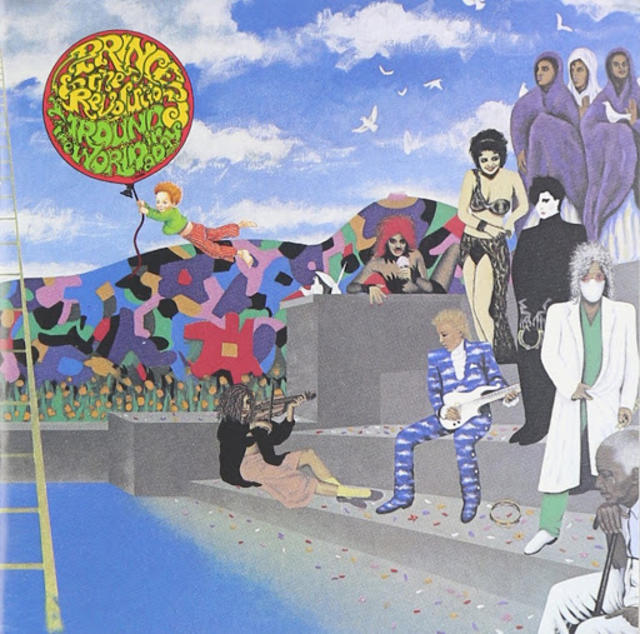 Prince was riding his commercial and critical peak in the spring of 1985. The artist's 1984 breakthrough, Purple Rain, was still rocking the album charts. The tour in support of the album and movie raged across North America until early April '85.

Fans were still engrossed in all things purple when Prince suddenly released seventh studio album, Around the World in a Day, on April 22, 1985. Per the artist's instructions, Warner Brothers issued the album with minimal promotion, and held off on releasing singles from the LP until a month after it dropped.

"What they say is that the Beatles are the influence. The influence wasn't the Beatles," Prince explained in a rare interview. "They were great for what they did, but I don't know how that would hang today. The cover art came about because I thought people were tired of looking at me. 'Who wants another picture of him?' I would only want so many pictures of my woman, then I would want the real thing. What would be a little more happening than just another picture [laughs] would be if there was some way I could materialize in people's cribs when they play the record."

The second single from Around the World in a Day: "Pop Life." While the song didn't come with a music video to support it, the track still had the heat to peak at #7 on the Hot 100 for the week of September 21, 1985. The #1 song in the country at the time: Dire Straits' "Money for Nothing." The chart success of "Pop Life" marked Prince's eighth top 10 Hot 100 hit in a two-year span.

When pressed about the record sounding "psychedelic": "I don't mind that, because that was the only period in recent history that delivered songs and colors," he said. "Led Zeppelin, for example, would make you feel differently on each song."

Prince turned things up considerably with "America," the high-energy third and final single from Around the World in a Day. The politically-charged track was too much for the charts to bear, peaking at #46 on the Hot 100 over the first week of November 1985. The song's anti-pop sentiment was pushed even further with a 10-minute live concert music video.

"What they fail to realize is that is exactly what we want to do," Prince said in 1985. "It's not silliness, it's sickness. Sickness is just slang for doing things somebody else wouldn't do. If we are down on the floor doing a step, that's something somebody else wouldn't do. That's what I’m looking for all the time. We don't look for whether something's cool or not, that's not what time it is. It's not just wanting to be out. It's just if I do something that I think belongs to someone else or sounds like someone else, I do something else."

Around the World in a Day soared to #1 on the Billboard 200 over the first week of June 1985. It held the spot for three weeks straight, finally dethroned on June 22, 1985 by the Beverly Hills Cop soundtrack.