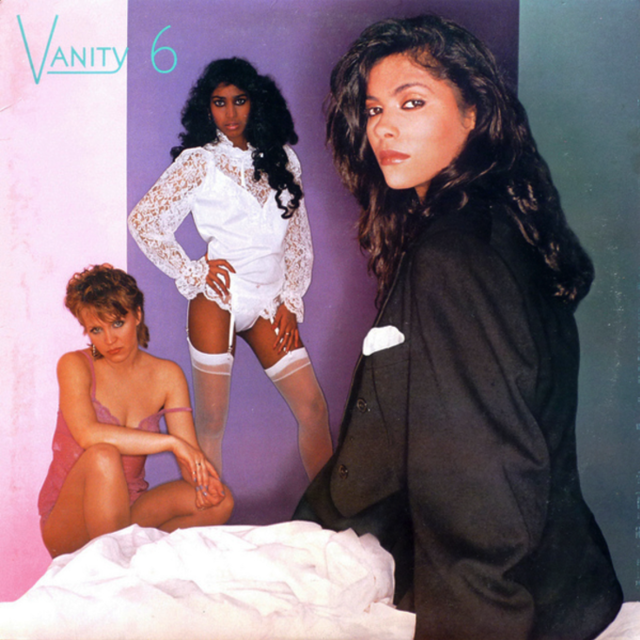 Back in the early 1980s, Prince was in the early stages of building his vast musical legacy when he had an idea: an erotically-charged girl-group, clad in lingerie and high heels, singing suggestive songs steeped in raw sexuality. Initially, the concept might have been a bit too on the nose, with Prince wanting to christen the group as "The Hookers." Recruiting local Minneapolis talents Susan Moonsie and Brenda Bennett, the concept truly came together at the 1981 American Music Awards. That's the night Prince encountered former tour-mate, Rick James, and and James' date: a striking young Canadian model, Denise Matthews. Effectively wooing her away from the "Super Freak," Prince rechristened Matthews as Vanity, and planted her front and center of the newly renamed Vanity 6.

Prince set about crafting the new group's debut, crediting his work to "The Starr Company." Bringing in various members of the extended Prince/Minneapolis family to help him finish LP, Vanity 6's eponymous first album arrived in U.S. record stores on August 11, 1982. The full-length release had been preceded by a curious choice for first single: the quirky new wave vibes of the Dez Dickerson-penned "He's So Dull."

It was the album's second single that cemented the record in R&B history: "Nasty Girl," released in September 1982. The song's slinky groove paired with Vanity's lascivious vocal delivery powered the track all the way to #7 on the Hot R&B Songs chart for the week of November 20, 1982. Over on the Dance Club chart, "Nasty Girl" strutted straight to #1 for the week of November 6, 1982.

While follow-up singles "Drive Me Wild" and "Bite the Beat" didn't have much of a chart impact, Vanity 6's growing notoriety--compounded by a spot on Prince's 1999 "Triple Threat" tour alongside the Time--drove the LP to #45 on the Billboard 200 for the week of December 11, 1982. The #1 album in America that week: Men at Work's Business as Usual. The album went on to be certified gold.

Vanity was in the early stages of preparing to star alongside Prince in Purple Rain when she abruptly left the group and Prince's tutelage. While she pursued a solo career with Motown and new acting opportunities, Prince recruited Apollonia Kotero to take the singer's spot in the band. The results: Apollonia 6, best known for the Purple Rain single, "Sex Shooter."