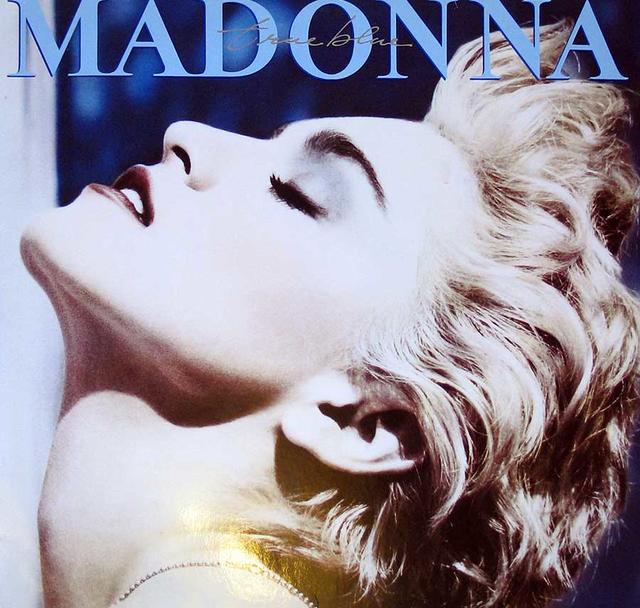 Madonna was already a superstar after the success of her second album, Like a Virgin (1984). With third studio effort, True Blue, released June 30, 1986, she became a mega-star, elevating to one of the biggest and most popular artists in the world.

With the new album came a new Madonna, sporting a fresh, revitalized image: "After a while, I got sick of wearing tons of jewelry," the singer told New York Times that year. "I wanted to clean myself off. I see my new look as very innocent and feminine and unadorned. It makes me feel good. Growing up, I admired the kind of beautiful glamorous woman - from Bridget Bardot to Grace Kelly - who doesn't seem to be around much anymore. I think it's time for that kind of glamour to come back."

True Blue was the album that found Madonna stretching beyond the dance floor towards more adult-oriented genres and sounds. The first shot from the record arrived in the form of emotional movie theme "Live to Tell," which hit radio airwaves in March 1986. The surprising ballad was an instant hit, soaring to #1 on the Hot 100 over the week of July 7, 1986. The song was also Madge's first #1 over on Billboard's Adult Contemporary charts.

Madonna kept the chart-topping party going with second single, the controversial "Papa Don't Preach." Released in June '96 with a wildly popular music video, the track was another smash, climbing to the #1 spot on the Hot 100 for the week of August 16, 1986. It held the spot for two weeks in a row.

The fun and retro title track was served up as single #3 from True Blue, released in mid-September. The kicky tune was another radio and MTV hit, peaking at #3 on the Hot 100 for the week of November 15, 1986. The #1 song in America at the time: Boston's "Amanda."

With "True Blue" still rocking the charts, Madonna released "Open Your Heart" as the fourth single from the LP. The horn-blasted and upbeat track danced all the way to #1 on the Hot 100 over the week of February 7, 1987.

Four top 5 singles apparently wasn't enough, so Madonna went in for a fifth hit with "La Isla Bonita," released in February '87, and peaking at #4 for the week of May 2, 1987. The #1 song in the country that week: Cutting Crew's "(I Just) Died in Your Arms."

True Blue was a blockbuster LP, cruising to #1 on the Billboard 200 for the week of August 16, 1986. It held the top spot for a month, finally bested by the Top Gun soundtrack on September 19, 1986. When the smoke cleared, True Blue was the best-selling album in the entire world for the year 1986.

"The girls that dressed like me all got the joke - it was their parents who didn't. You didn't see those girls going off and doing awful things because they bought my records," Madonna insisted. "What I've learned from all the controversy is that you can't expect everyone to get your sense of humor. But I've also learned that people eventually do catch on to what they didn't get at first. It's a nice surprise in the end when they, go, 'Hey, well, you know... I like that.'"