DAVID BOWIE IS IT ANY WONDER? STREAMING EP OF UNRELEASED & RARE MATERIAL 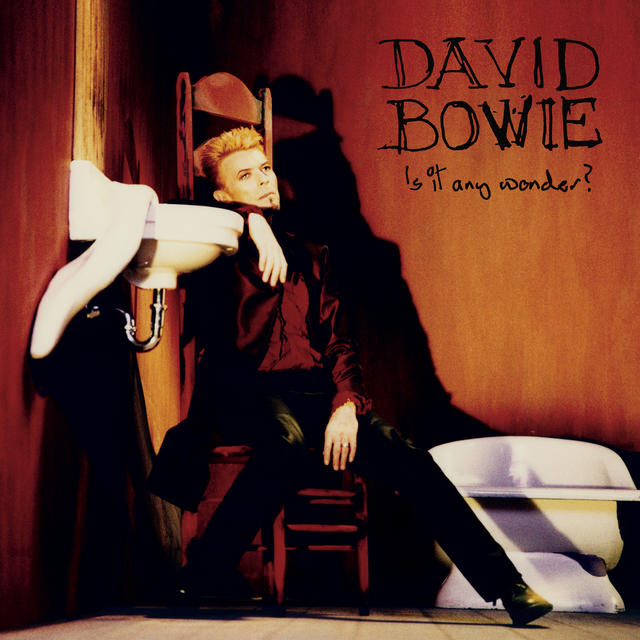 Parlophone Records is proud to announce “THE MAN WHO SOLD THE WORLD (LIVE ENO MIX),” the final installment of DAVID BOWIE IS IT ANY WONDER? streaming EP of six unreleased and rare tracks released over six weeks.

With this rare version of one of the most iconic Bowie songs of the last 50 years, the IS IT ANY WONDER? EP is now available to stream in its entirety. The six-track EP will also be made available on 12-inch vinyl and CD with an alternate track-list including “FUN (CLOWNBOY MIX)” on March 20, exclusively at davidbowie.com and rhino.com. Pre-order available now.

Now available for the first time since its 1995 release, “THE MAN WHO SOLD THE WORLD (LIVE ENO MIX)” was previously issued as a double A-side green vinyl 7-inch single and CD single in various territories with the Outside version of “Strangers When We Meet.” The “Live Eno Mix” version of this classic song is based on the fairly radical trip-hop reworking performed on the Outside World Tour. Long time Bowie collaborator Brian Eno reshaped, overdubbed and mixed this live recording of the song at Westside Studios in London on October 30th 1995, recalling the session in his diaries: “I added some backing vocals and a sonar blip and sculpted the piece a little so that there was more contour to it.”

“FUN (CLOWNBOY MIX)” originated as a modern revamp of the Bowie classic “Fame” to be performed under the name “Is It Any Wonder?” during Bowie’s “club set” on the Earthling tour.

The basic backing and sequencer tracks were worked at the Factory in Dublin docklands during pre-tour rehearsals in early 1997. A live version of “Fame” recorded at the Amsterdam Paradiso on June 10th, 1997 was further worked on by Mark Plati and Reeves Gabrels at Looking Glass Studios in New York and mixed at Sony Music Studios in New York in February 1998. At one point the live version of “FUN,” as it was now being called, was considered for inclusion on the BowieNet exclusive Liveandwell.com album and appeared on early reference masters. Referenced in interviews by Gabrels as “Funhouse,” the song further developed lyrically and musically and by the time Danny Saber created the "Clownboy Mix" in May 1998, it was a completely new piece of work written by Bowie and Gabrels and featuring no elements of “Fame.” The "Clownboy Mix" has previously only appeared on a BowieNet subscriber exclusive CD-ROM in 1998 and on Virgin Records in-house CDR’s along with four other “Clownboy Mix” variants.

Also available is the drum and bass mix of “FUN” by UK D’N’B producer Dillinja as a one track digital download and streaming single to be released on March 20 2020, which had previously only been available on the Liveandwell.com CD which was exclusive to BowieNet members in 2000 and is making its debut digitally. This remix will also be found on the Club Bowie playlist.

“THE MAN WHO SOLD THE WORLD (LIVE ENO MIX)” is produced by David Bowie, and mixed by Brian Eno. The track features backing vocals by Eno, Gail Ann Dorsey on bass and vocals, Peter Schwartz on synths, Zachary Alford on drums, Carlos Alomar on guitar and Reeves Gabrels on guitar and vocals.

“FUN (CLOWBOY MIX)” is produced by Bowie, Gabrels, and Plati. It was recorded by Steve Guest and Plati and was mixed by Danny Saber at Ocean Way Recording May 1998. The mix was engineered by John X. The track features Bowie on vocals, Alford on drums, Dorsey on bass/vocals, Mike Garson on piano, Gabrels on guitars/vocals, and Plati on keyboards/programming.

IS IT ANY WONDER? 12-INCH VINYL & CD
AVAILABLE EXCLUSIVELY AT davidbowie.com and rhino.com
TRACK LIST

IS IT ANY WONDER? TRACKS ALREADY RELEASED AND AVAILABLE FOR STREAMING

THE MAN WHO SOLD THE WORLD (CHANGESNOWBOWIE VERSION)
This version of the classic track is taken from the nine track session ChangesNowBowie, recorded for radio and broadcast by the BBC on Bowie’s 50th birthday on January 8th, 1997. The broadcast featured an interview with Bowie by Mary Anne Hobbs interspersed with specially recorded birthday messages and questions from the likes of Scott Walker, Damon Albarn, Bono, Robert Smith and many more. This mostly acoustic session was a stripped back affair featuring some of Bowie’s favorites of his own compositions

STAY ‘97
Stay originally appeared on the Station To Station album in 1976 and was released as a single in the US in August of that year. The previously unreleased 1997 re-recording of “STAY” began at The Factory in the Dublin Docklands during the pre-Earthling tour rehearsals while Bowie, Mark Plati and Reeves Gabrels were preparing the backing/sequencer tracks before the rest of the band arrived, and the rehearsals started in earnest. Bowie wanted to update some of his live show staples so they would sit well sonically with the Outside/Earthling material. The recording was completed later, potentially for use as a ‘B-side’ and mixed at Right Track Recording studios, New York in May/June 1997.

I CAN’T READ ’97
I Can’t Read originally appeared on Tin Machine’s eponymous debut album in 1989 and was a staple in the band’s live set. In the autumn of 1996, during the mixing stages for Earthling, Bowie re-recorded the track – which, at one stage, appeared on a mastered version of the album. A second version, featuring minor chords and a darker sound for the chorus, was recorded for Ang Lee’s film The Ice Storm. The full length version appeared on a single in 1998, while an edit featured on the film’s soundtrack album in 1997, both released by VelVel Records. While the song’s third incarnation, “I CAN’T READ ‘97,” was Bowie’s preferred solo version, it was ultimately cut from Earthling and replaced at the last minute with “The Last Thing You Should Do.”

BABY UNIVERSAL ’97
With lyrics by Bowie and music co-written by Bowie and Gabrels, “Baby Universal” was initially recorded by Tin Machine for Tin Machine II. Released as the band’s penultimate single in October 1991, it was performed during the final Tin Machine US television appearance on Saturday Night Live. “Baby Universal” was regularly performed on Bowie’s Outside Summer Festivals Tour in 1996. The version now being released as “BABY UNIVERSAL ’97” was originally re-recorded for the Earthling album, originally intended to be sequenced between “I’m Afraid Of Americans” and “Law (Earthlings On Fire).” The song was ultimately removed from the final album master, but Bowie was very fond of this version and before the track was dropped was quoted as saying, “I thought ‘Baby Universal’ was a really good song and I don’t think it got heard. I didn’t really want that to happen to it, so I put it on this album… I think this version is very good.”

NUTS
The unreleased semi-instrumental “NUTS” was jointly written by Bowie, Gabrels and Plati. It was recorded during the final Earthling sessions in November 1996, the same session during which “The Last Thing You Should Do” was written and recorded. Both songs were being recorded as bonus tracks but then, at the last minute Bowie swapped out “I Can’t Read.”

DAVID BOWIE IS IT ANY WONDER? E.P. INCLUDING “THE MAN WHO SOLD THE WORLD (LIVE ENO MIX)” IS AVAILABLE TO STREAM NOW ON PARLOPHONE AND TO PRE-ORDER ON 12-INCH VINYL AND CD EXCLUSIVELY HERE.