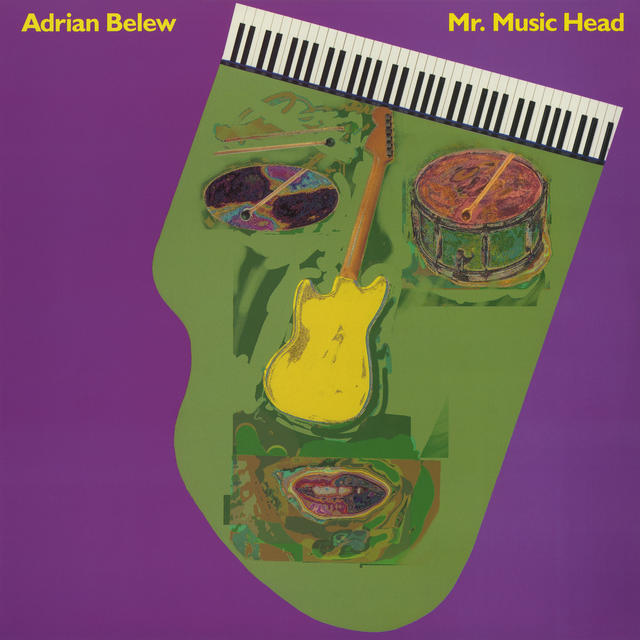 30 years ago this week, Adrian Belew released his fourth studio album as a solo artist, and while we’re technically classifying it as a Deep Dive, we know that there are a lot of fathers out there who’ve gotten a kick out of the album’s opening track over the years, so the dive ain’t that deep!

Produced by Belew and recorded at Royal Recorders Studio in Lake Geneva, Wisconsin, MR. MUSIC HEAD was Belew’s first release for Atlantic Records, and – whether coincidentally or otherwise – it was also the first LP which saw him find some semblance of commercial success as a solo artist. Not that he necessarily needed it, mind you, given how active his career had been up to that point as a member of King Crimson, not to mention all the work he’d done with artists like David Bowie, Joe Cocker, Herbie Hancock, Cyndi Lauper, Paul Simon, Frank Zappa, Talking Heads (and David Byrne, plus Tom Tom Club, too), and numerous other musicians of note.

By the way, that aforementioned opening track, in case you don’t remember it or never heard it to begin with, was “Oh, Daddy,” and it provided Belew with a top-5 hit on the Billboard Modern Rock Singles chart.

It was the album’s only hit, alas, but it made enough of an impact to keep Belew in Atlantic’s good graces and, in turn, led to a second album for the label the following year: YOUNG LIONS, which – as you may or may not recall – featured the single “Pretty Pink Rose,” a duet with David Bowie that was also a big Modern Rock hit.

MR. MUSIC HEAD may be remembered by most for “Oh, Daddy,” but the whole thing is a joyful listen, one which you should check out at your earliest convenience. In fact, why not do it right now?