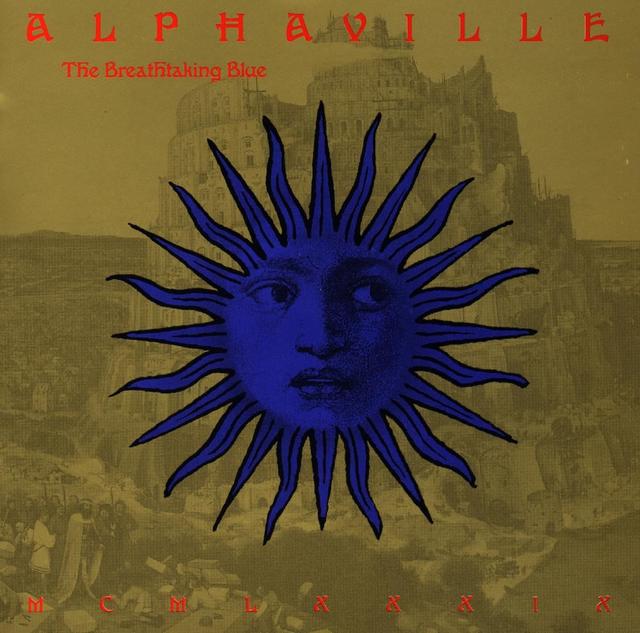 30 years ago this month, Alphaville released their third studio album, an LP which found the German group trying to expand their sound and ending up in turmoil in the studio as a result.

Co-produced by Klaus Schulze and the band members themselves, THE BREATHTAKING BLUE found Alphaville veering away from their decidedly synth-heavy sound a bit – if not, admittedly, a lot – in favor of trying to incorporate more organic instrumentation, including acoustic and electric guitars, double bass, saxophone, strings, and trumpet. Unfortunately, there was another big difference between this album and its predecessors, namely that it wasn’t held together by any one thematic concept.

“It was indeed a beautiful album from a musical point of view, but from the interpersonal relations and Alphaville point of view, it was terrible,” lead singer Marian Gold said in a 1995 interview. “Bernhard [Lloyd) and I quarreled quite a lot. All these quarrels were offensive and were preventing our productivity. There was a balance when Frank (Mertens] was in the band as there were two extreme members, me and Frank, and Bernhard was in the middle which meant a balance. But after Frank left, Bernhard tried to be the other extreme and we could not stay together like two competitors. We finished the album with difficulty, and after the recording I was thinking that perhaps we would not work together anymore.”

Gold wasn’t entirely wrong – Alphaville did indeed split for a time – but he and Lloyd did reunite five years later to release a new album (PROSTITUTE), and they continued to work together until 2003, when Lloyd left again, this time for good. Thankfully, Gold has kept Alphaville alive: their most recent album was 2017’s STRANGE ATTRACTOR.

As for THE BREATHTAKING BLUE, it may not have taken all critics’ breath away, but it’s a underrated album, to be sure. Give it a spin, and in addition to taking note of the LP’s three singles (“Romeos,” “Summer Rain,” and “Mysteries of Love”), be sure to pay particular attention when “Ariana” comes on: it may not have been released as a single, but it should’ve been, because it’s awesome.

WATCH: Alphaville Remember DANCE WITH ME
THIS IS THE ARTICLE BOX TEMPLATE