Deep Dive: David Bowie, THE MAN WHO SOLD THE WORLD 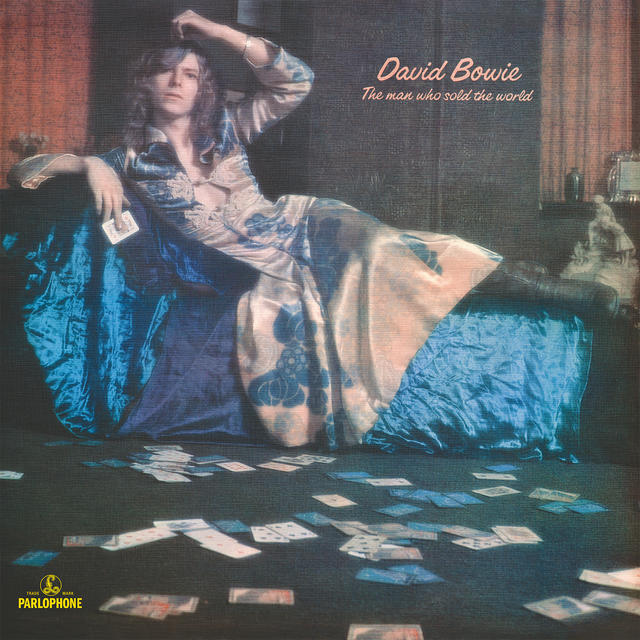 Today we celebrate the birth of David Robert Jones, the man who would eventually change his name to one which still remains revered the world over: David Bowie. Although it never grows any less depressing that he’s not still here to share this day or any other with us, it remains one of the best possible days to look back on the legacy he left behind and listen to the best of Bowie.

It’s also a good day to take a deep dive into his back catalog, and while the title track of his 1970 album THE MAN WHO SOLD THE WORLD has become one of his best-known numbers – you can thank Nirvana’s performance of the song on their UNPLUGGED album for that – it only takes a cursory glance at THE MAN’s track listing to see that it’s otherwise filled with titles that haven’t received much in the way of radio attention over the decades.

For the album, Bowie was backed by one of the best three-pieces he ever had the good fortune to work with – Mick Ronson (guitar), Tony Visconti (bass), and Mick Woodmansey (drums) – and while Bowie is the only one listed as the composer of the album’s songs, Visconti has indicated that it was, in fact, a group effort. Not entirely unsurprisingly, Bowie has disputed this suggestion, but one thing’s for certain: Bowie’s attention was definitely a bit scattered at the time, having been in the throes of love, so when he was in the midst of enjoying his then-new marriage to his wife Angie.

Ultimately, what matters most is the quality of the material, of course, and THE MAN WHO SOLD THE WORLD is certainly full of great stuff. Not only was the album beloved by Kurt Cobain, but it’s been cited as having a substantial influence on a number of other alt-rock artists, including The Cure, Gary Numan, and Siouxsie and the Banshees. At the time of its initial release, however, it delivered little in the way of chart action, hence its status in the US as Bowie’s lowest charting studio album ever, and because of the fact that its title track has now become a staple of his best-of collections, there’s little impetus for casual fans to seek out the original album.

Are you paying attention, casual Bowie fans? Good, because here’s your task for the day: go listen to THE MAN WHO SOLD THE WORLD and give yourself the Bowie birthday present of expanding your musical awareness.

The Man Who Sold the World