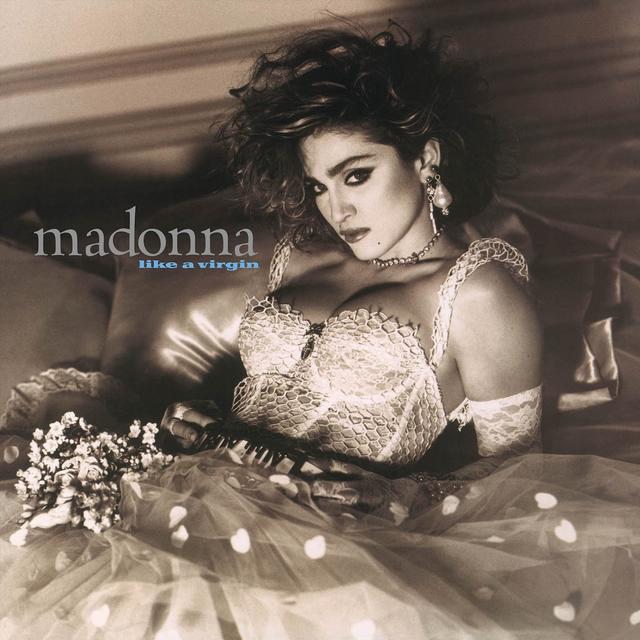 It was the record that made Madonna a superstar. Already with a slew of hits and a Top 10 debut album to her credit, the young singer took charge of her career with the decade-defining follow-up, Like a Virgin. When Madonna's record label wouldn't let her self-produce the album, she tapped Nile Rodgers to serve as producer, largely on the strength of his work with David Bowie's Let's Dance.

Madonna notoriously revealed the album's title track with an iconic performance at the first MTV Music Video Awards in 1984. The song soared to the top of the charts, making it her first Number One single.

Released on November 12, 1984, Like a Virgin the album arrived with four hit singles, which was rolled out through the summer of 1985. Madonna followed "Like a Virgin" with second single "Material Girl" in January 1985. The song peaked at #2, blocked from #1 by REO Speedwagon's "Can't Fight This Feeling."

In April 1985, "Angel" was the third single from Like a Virgin, with the 12-inch version coming with her classic standalone dance track, "Into the Groove," on the B-side. When "Into the Groove" blew up after appearing on the soundtrack to Madonna-starring movie Desperately Seeking Susan, it was released as a single in July 1985.

Just two weeks after "Into the Groove" officially dropped, Madonna shared the final single from Like a Virgin, "Dress You Up." With The Virgin Tour--featuring controversial opening act the Beastie Boys--already in full swing, footage from the singer's hometown show in Detroit was used for the music video. It was one of the songs found on the subsequent and increasingly rare Madonna Live: The Virgin Tour project that would be released in November 1985.

The cultural impact of Madonna's Like a Virgin cannot be overstated. Her exploding celebrity shifted the zeitgeist, launching new trends in fashion, female empowerment, sex and beyond. Madonna lookalike contest packed shopping malls across America. At one such contest in New York City, none less than Andy Warhol served as one of the judges.

"I never set out to be a role model. I am a strong woman, a successful woman, and I don't conform to a stereotype," Madonna said of the era in Madonna: The Style Book. "For so long women have been told that there are certain ways they mustn't look if they want to get ahead in life. And there I was dressing in a forbidden way and yet obviously in charge of my life. It was then I realized why were all of them out there in their seats, dressing like me."