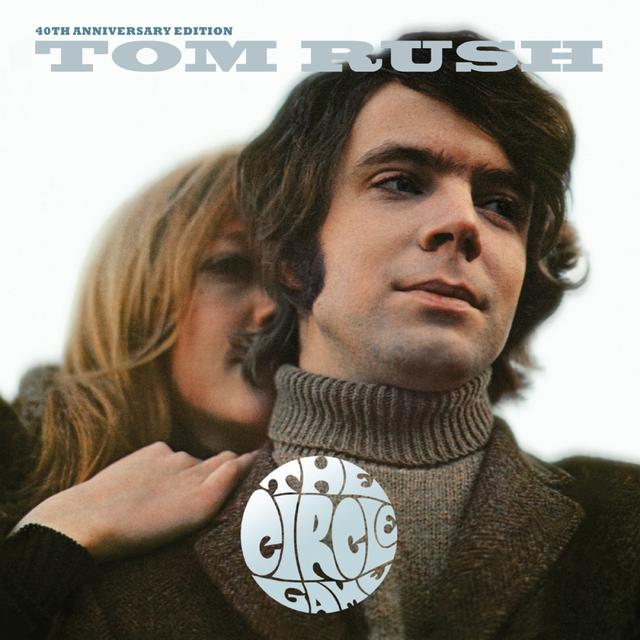 Today we celebrate the birthday of singer-songwriter Tom Rush, and we’re doing so by taking a look at an album from his back catalog which – despite being the most commercially successful LP of his career – still isn’t known by nearly enough people.

That’s right: it’s Tom’s birthday, but you’re the one getting the present.

Released in December 1968, THE CIRCLE GAME spotlights the songwriting efforts of Rush himself, including arguably his most famous composition, “No Regrets,” but it also shows a man who wasn’t afraid to shine a spotlight on top-notch tunes that his peers had penned. Among the songs Rush chose to cover were James Taylor’s “Something in the Way She Moves” and “Sunshine, Sunshine,” Jackson Browne’s “Shadow Dream Song,” Charlie Rich’s “So Long,” and a trifecta of Joni Mitchell tunes: “Tin Angel,” “Urge for Going,” and the song which turned into the title track, “The Circle Game.”

THE CIRCLE GAME is a song cycle, one which follows a relationship from start to finish, and it was acclaimed by the critics upon its release. If you’ve never checked it out, today’s the perfect day to remedy that situation.