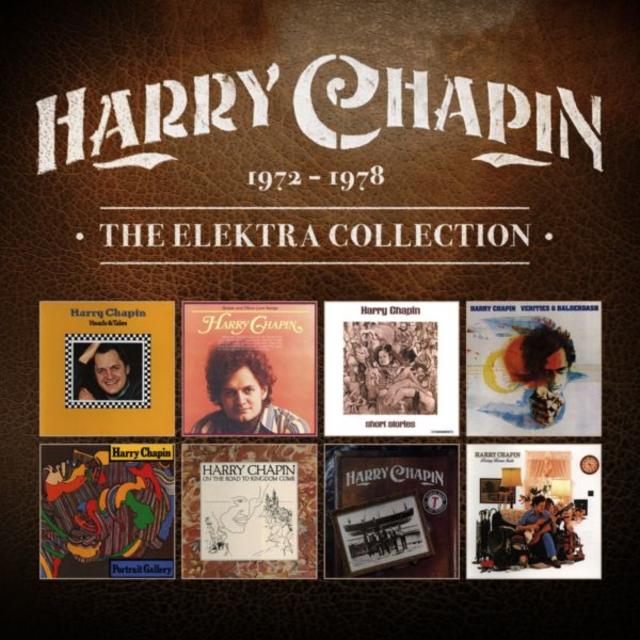 Harry Chapin, The Elektra Collection (1971-1978): Harry Chapin didn't spend his entire career on Elektra Records, but the years during which he found his most significant commercial success were most definitely during the Elektra era, starting with his 1971 debut album, Head & Tales. This effort is, as you'd expect from its title, one of the eight albums contained within The Elektra Collection (1971-1978). The others, in case you don't know his catalog backwards and forwards - heck, you may not know anything at all beyond “Cat's in the Cradle” - are Sniper and Other Love Songs (1972), Short Stories (1973), Verities & Balderdash (1974), Portrait Gallery (1975), On the Road to Kingdom Come (1976), Dance Band on the Titanic (1977), and Living Room Suite (1978). Chapin was one of the great singer-songwriters of the '70s, and people should know him for far more than just his signature song. Now's your chance to dive in and educate yourself.

Marc Cohn, The Very Best Of Marc Cohn: Speaking of artists undeservedly known for but a single song within a substantial back catalog, there's so much more to Marc Cohn than “Walking in Memphis,” even if that is a great song to be remembered for. This compilation provides an 18-track look into Cohn's career which confirms that - as one Amazon customer headlined their review - “Memphis is just the beginning of the journey!”

Dog Eat Dog, Play Games: What do you get when you cross hip-hop, heavy metal, punk, and reggae and throw in guest appearances from the Beastie Boys, Ronnie James Dio, and RZA from the Wu-Tang Clan? Somehow you get an album that wasn't the biggest selling release of 1996, but if you're at all intrigued by what on earth this amalgam sounds like, now's your chance to find out.

House of Freaks, Cakewalk: Given that your humble Digital Roundup writer is a native of Virginia, it would not be inaccurate to suggest there'd be some partiality involved in making the claim that House of Freaks were a super-awesome two-band band that never got the success they deserved, but there are plenty of other critics who've said the same thing, so it must be true. Cakewalk was the first and only album released by House of Freaks on a major label - their first two albums came out on Rhino in the pre-WEA days - but if they could've just arrived a few years later and had the chance to ride the Americana wave, they could've been massive. Give a listen to “Rocking Chair,” “Honor Among Lovers,” and the all-too-appropriate closing track “Remember Me Well,” and see if you don't agree.

Single Stories: Harry Chapin, CAT'S IN THE CRADLE
THIS IS THE ARTICLE BOX TEMPLATE