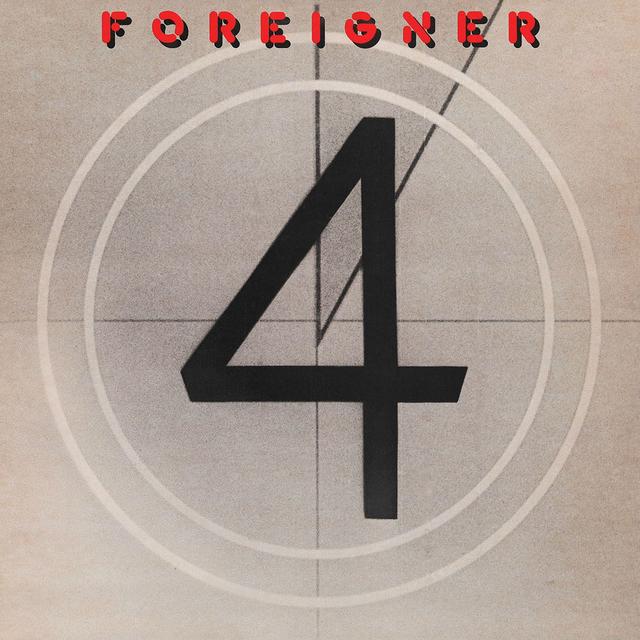 For as popular as Foreigner were during the ‘70s and ‘80s, the band walked away from the decades of their most substantial commercial success with only one of their studio albums having hit the top of the Billboard 200. Maybe it was because it was just so darned good, but we’d also accept the premise that an album featuring a song as iconic as “Jukebox Hero” demands to be a chart-topper, because songs about rockin’ don’t get much better than that one.

Recorded New York City’s famed Electric Lady Studios between December 1980 and April 1981, 4 features three of Foreigner’s best known songs: we’ve already cited one of them, of course, but this is also the LP that’s home to “Urgent” and “Waiting for a Girl Like You,” both of which hit the top 5 of the Billboard Hot 100. It may surprise you to learn that “Jukebox Hero” got no higher than #26, but it's arguably still at least as well-remembered as its brethren, so it’s all worked out just fine. Oh, and we neglected to mention that the album provided the band with a second single that hit #26 – “Break It Up” – as well as an additional minor hit, “Luanne,” which topped out at #75.

Something you may not realize about Foreigner’s 4 is that the album features keyboard work by none other than Thomas Dolby. In an interview with Bullz-Eye.com, Dolby explained that his presence on the LP can be attributed to his friendship  with Mutt Lange, who co-produced the album with  band member Mick Jones.

“I'd known Mutt Lange for awhile,” explained Dolby. “He was a partner in Zomba, who were my publishing company. In fact, indirectly, I owe a lot to him for just getting discovered, because I'd sent some tapes in to Zomba, and they played them for Mutt, and Mutt said, ‘Well, the keyboard playing is fantastic. Is he available to come and do this Foreigner album I'm working on?’ At the time, I was living as a busker and totally destitute, so it was very nice to get a call from New York, saying, ‘Would you come over and do a few days special work?’ And then, when that album came out, my keyboard playing was very prominent and was a big change for Foreigner, and it was massive on the radio and stuff, and it attracted a lot of attention for me.”

Of course, Dolby wasn’t the only one who ended up attracting a lot of attention: as noted, Foreigner got a #1 album out of the deal, which is none too shabby a result.