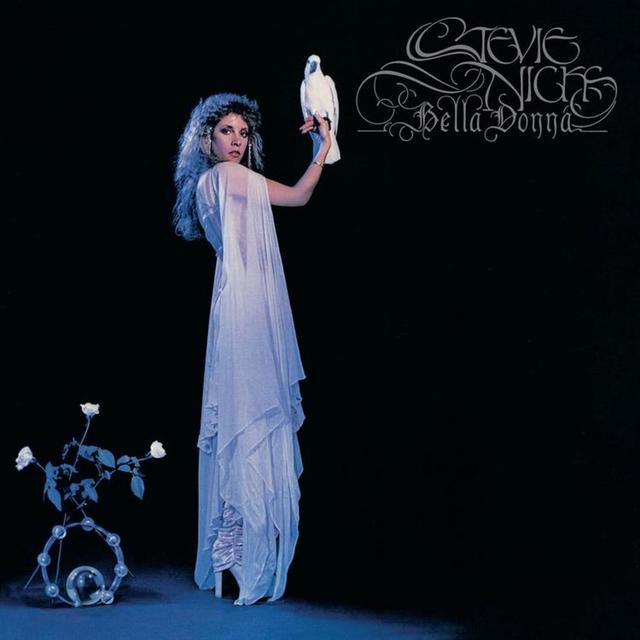 Released 39 years ago this month (although that’s incidental to its position as an essential Atlantic album), BELLA DONNA was Stevie Nicks’ full-length debut as a solo artist. It was a musical endeavor that she began writing in between sessions for Fleetwood Mac’s TUSK, but initial demo recordings that Nicks made in early 1980 ended up falling by the wayside. After Fleetwood Mac finished touring behind TUSK, however, she joined up with producer Jimmy Iovine and began recording the album in earnest.

As so often seems to be the case with classic albums, two of the most famous tunes on BELLA DONNA were among the last to be recorded: “Edge of Seventeen” and Nicks’ duet with Tom Petty and the Heartbreakers, “Stop Draggin’ My Heart Around.” Similarly, several songs were finished that ended up not making the final track listing but ultimately found their way onto soundtracks, such as “Blue Lamp,” which found its way onto the Heavy Metal soundtrack, and “Sleeping Angel,” which landed on Fast Times at Ridgemont High. Lest we forget, the other big hit from the album was also a duet: “Leather and Lace,” which Nicks crooned with Don Henley, but what’s often forgotten is that Henley also appears on the album’s original closing track, “The Highwayman.”

[If you’re wondering why we made reference to an “original closing track,” that’s because Rhino released a deluxe expanded edition of BELLA DONNA back in 2016, which kicked the album up to a three-disc affair that includes 11 bonus tracks and a 14-song concert performance from 1981.]

As history reveals, the world was absolutely, positively ready for a Stevie Nicks solo album: BELLA DONNA made it all the way to the top spot on the Billboard 200, with “Stop Draggin’ My Heart Around” hitting #3 on the Hot 100, “Leather and Lace” hitting #6, “Edge of Seventeen” climbing to #11, and – you may have forgotten about this one – “After the Glitter Fades” hit #32. All told, a more than solid start to Stevie’s solo discography.