GET SOME: The JACKIE BROWN Soundtrack on Blue Vinyl 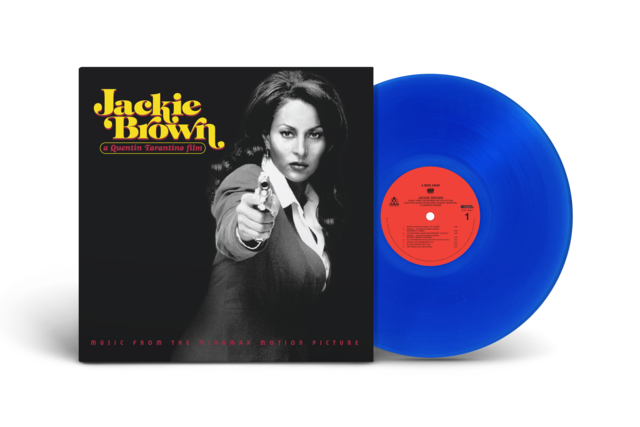 Quentin Tarantino might be among this generation's most polarizing film directors, but his movie soundtracks seem to be something most everyone can agree on. They are typically very good, and Jackie Brown is no exception. The 1997 "Blaxploitation" homage starring Pam Grier and Samuel L. Jackson arrived packed with deep-cuts '70s classics.

Jackie Brown: Music from the Miramax Motion Picture is set for a vinyl reissue as part of Warner Music's BLOCKBUSTER SOUNDTRACKS 2021 collection, a series of classic soundtracks pressed on colored vinyl. Jackie Brown will be released July 16, 2021, on bright blue vinyl, an eye-popping setting for such soul favorites as Minnie Ripperton's "Inside My Love," Bill Withers "Who is He (and What Is He to You?)" and even Pam Grier herself, with an appearance of her own song, "Long Time Woman," that she recorded back in 1971 for movie The Big Doll House.

Bloodstone's "Natural High," the Brothers Johnson's "Strawberry Letter 23" and Bobby Womack's "Across 110th Street" are more of the old-school classics found on Jackie Brown. Sweetening the pot is dialogue taken directly from the movie, turned into individual tracks on the record; perfect for making old-school mixtapes. Don't expect to find this gem on some internet superstore; the entire BLOCKBUSTER SOUNDTRACKS 2021 collection is only available at brick and mortar retail stores. So saddle up to your favorite indie mom and pop record shop starting July 16, 2021, for one of the 12,000 copies of this number. They'll be gone faster than you think.