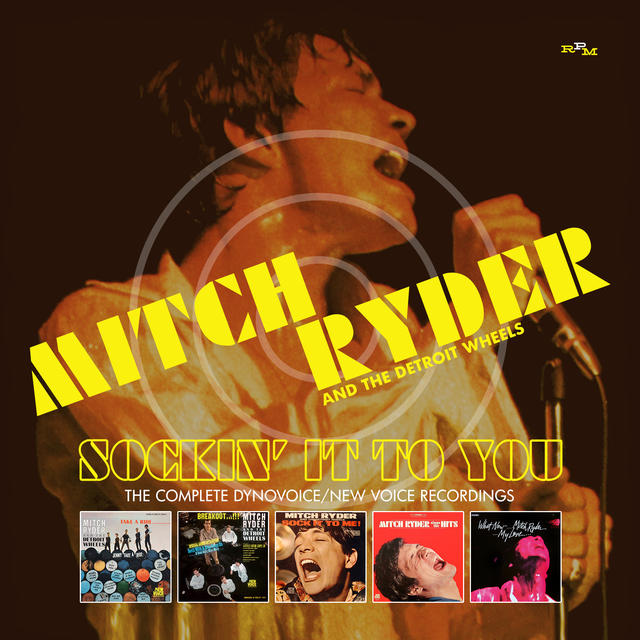 •    Edwyn Collins, ELEVATION DAYS EP (1995): The former frontman of Orange Juice found solo success in the U.S. with his single “A Girl Like You,” but while his American fame failed to develop into a long-term situation, he remained successful enough in Japan to warrant the release of this EP. It is, for lack of a better description, kind of a catch-all of early material to perhaps help new fans figure out exactly who this Collins kid was before he released his hit single.

•    The Gods, TO SAMUEL A SON (1969): This late ‘60s psychedelic rock band featured future Uriah Heep lead singer on vocals and organ, along with John Glascock, future member of Carmen and Jethro Tull. It’s poppy, it’s psychedelic, it’s a lot of fun if you enjoy that sort of thing.

•    Peter Green, THE END OF THE GAME: EXPANDED EDITION (1970): The first solo album from the founding member of Fleetwood Mac, this is very, very different from the work he was doing with the band, ,and it’s arguably just as different from everything else he ever recorded. It’s all instrumental, decidedly freeform, and the sort of album that separates the true fans from the casual fans. If you’ve never experienced it, you certainly should. Just don’t expect Fleetwood Mac.

•    Mitch Ryder & The Detroit Wheels, SOCKIN’ IT TO YOU: THE COMPLETE DYNOVOICE / NEW VOICE RECORDINGS (1965-1969): You know this guy and his work, but you probably only know his singles, like “Devil in a Blue Dress.” Now’s your big chance to do a deep dive into virtually everything he released during the ‘60s.  Dress comfortably.

•    Wally, MARTYRS AND COWBOYS: THE ATLANTIC RECORDINGS (1974-1975): Some have called them a progressive rock band, and the fact that Rick Wakeman co-produced the album does nothing to dispel that premise, but there’s a definitive country-rock flair to the material, thanks to the steel guitar in the mix. Frankly, we’d argue that Wally should be considered one of the most underrated bands of the ‘70s, but you be the judge.