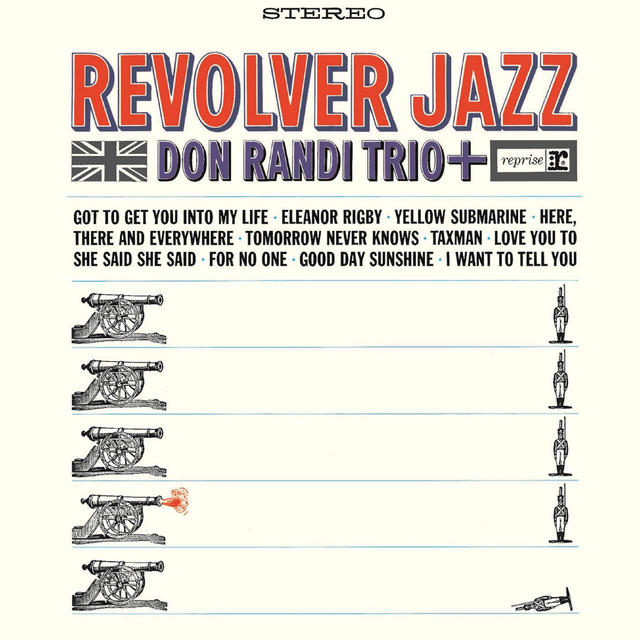 If it’s Tuesday, then it must be time for “Gone Digital,” our weekly look at five recent additions to Rhino’s digital catalog. As ever, the types of music we’ll be covering will be all over the place, but that’s Rhino for you: we’re all about variety!

•    Eugene McDaniel, “Tell Me Mr. President” (1971): We’re daring to place this song out of chronological order and use it to kick off our playlist because, well, we’re in the midst of a highly politically-charged time, and it never hurts to remember that this isn’t the first time it’s happened, it won’t be the last time it happens, and whenever it does happen, there are those who show their disapproval through their art...and that’s exactly what McDaniel did.

•    Don Randi Trio, REVOLVER JAZZ (1966): If you’ve noticed the year of release and find yourself wondering if Don Randi and company just recorded jazzy instrumental versions of the Beatles’ REVOLVER album, allow us to tell you that your instincts are spot-on. It’s not groundbreaking, really, but if you’re a Beatles fan, you’ll enjoy it.

•    Cochise, COCHISE (1970): While we don’t usually quote directly from Wikipedia entries, we have to acknowledge that there’s a spot-on description of Cochise to be fond there: “This band is more significant for who they included than what they produced.” Indeed, lead singer Stewart Brown had co-founded Bluesology with Elton John, guitarist/organist Mick Grabham went on to join Procol Harum, bassist Rick Wills and drummer John “Willie” Wilson played on David Gilmour’s self-titled debut solo album, and pedal steel guitarist B.J. Cole had a brief run as a solo artist before becoming a well-respected session musician. As far as Cochise’s self-titled debut album goes, it’s good listening, but we particularly dig their cover of “59th Street Bridge Song (Feelin’ Groovy).”

•    SON OF MORRIS ON (1976): Technically, this album is jointly credited to – pardon us while we take a deep breath – Ashley Hutchings, Simon Nicol, John Tams, Phil Pickett, Michael Gregory, Dave Mattacks, Shirley Collins, Martin Carthy, John Watcham, John Rodd, The Albion Morris Men, Ian Cutler, and the Adderbury Village Morris Men. Whew! That’s a lot of people...and it’s also a lot of bold print, which is why we’re giving you all the names down here rather than at the beginning of this entry. Anyway it’s a folk-rock album that features English Morris dance tunes and songs, played with a combination of traditional instruments and modern ones, and it’s fair to say that if you like Fairport Convention, you’ll like this.

•    D’Molls, D’MOLLS (1988): These heavy metal kids came roaring out of Chicago calling themselves the Chicago Molls, but after making their way to Los Angeles, they changed their name and secured a contract with Atlantic Records, releasing this album and the single “777.” It scored some airplay on rock radio, but it ultimately failed to make a major slash. It still rocks pretty hard, though. Check it out!