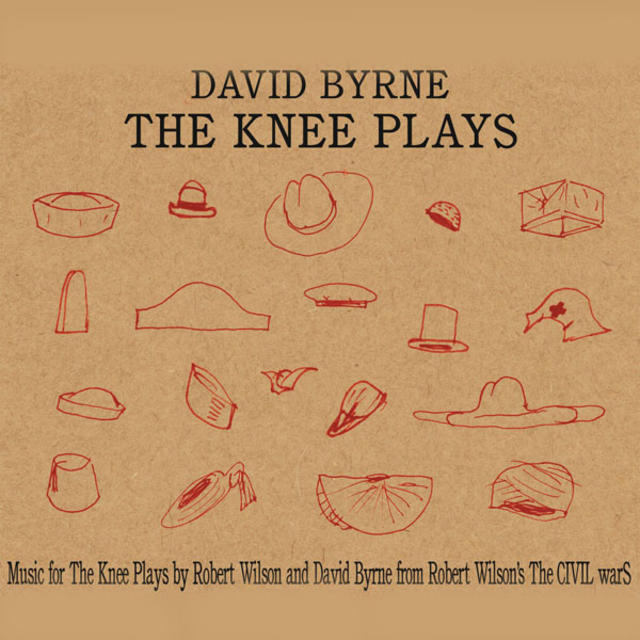 35 years ago this month, David Byrne released an album’s worth of music that he composed for the Robert Wilson opera the CIVIL warS.

Recorded at One on One Studios and Studio Sound Recorders in North Hollywood, THE KNEE PLAYS was – as you probably determined by reading the opening sentence of the piece – an album that most definitely sounds nothing like Talking Heads, which is a little odd when you consider that it was the work of that band’s frontman. Then again, maybe it’s less odd with 35 years of hindsight, since most of David Byrne’s solo work only resembles Talking Heads because it’s Byrne singing.

Jonathan Taylor of the Los Angeles Daily News wrote of THE KNEE PLAYS in 1985 that “spare, straightforward horns backed by a minimum of percussion play music seemingly inspired by Dixieland jazz, but with an anxious tension--and usually performed at a dirgelike pace. Periodically, Byrne`s cool monotone creeps through with eerie yet oddly funny narration.” Later, Taylor adds, “Byrne’s work was not intended to be pop music in any conventional sense, and it isn’t.”

AllMusic reviewed the reissue of the album, saying that “Byrne was strangely influenced by hearing the Dirty Dozen Brass Band, and created these brass-led marches that sound like an art school has landed on Bourbon Street, though in places it is also reminiscent of a sunnier patch of the territory staked out in THE CATHERINE WHEEL, his other dance score. In the mix, Byrne stirs in some traditional gospel tunes, arranged to match the iconoclastic style. Byrne's words, performed in his dry, ever-so-slightly amused style, are acutely observed and/or humorously naïve slices of American life -- anthropological tomfoolery.”

If you’ve read all of this and still have no real idea what to expect from the album, then you’re on par with most everyone else, but if you’ve never heard it for yourself, then this is a good excuse to give it a listen.