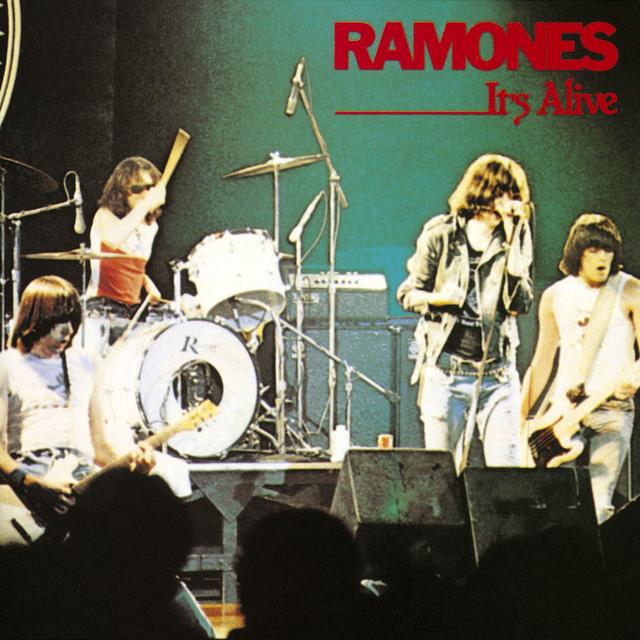 40 years ago this week, The Ramones released their first official live album, a 2-LP affair in which the bruddahs managed to squeeze 28 songs into a 53-minute run time.

(Yeah, we know: it’s really not all that shocking when you consider the band’s typical output. But if you don’t know the Ramones back catalog that well, then you have to admit that it’s a little bit eyebrow-raising.)

Recorded at London’s Rainbow Theater on New Year’s Eve 1977, IT’S ALIVE had a title which offered a knowing nod toward the horror film of the same name, and if you’ve somehow managed to live your life for all this time without being familiar with this classic horror flick, then just hit “play” now and thank us later.

Unlike the Ramones’ subsequent live albums, IT’S ALIVE leaves off two very important parts of the band’s standard concert performances – the Ennio Morricone tunes which they used for their introduction (“The Good, The Bad and the Ugly”) and their departure (“The Ecstasy of Gold”) – but let’s get real here: what’s most important about a Ramones live album is the Ramones, and you get that in spades.

“The Ramones were the hottest band in the world and everybody wanted to see them live. Everybody was there,” said Arturo Vega, the band’s lighting director, in a piece by Ed Stasium on PleaseKillMe.com. “The show was a perfect fast-and-furious punk attack. The party after the show was over-the-top and everybody was in a festive mood, feeling this was only the beginning of the punk revolution. The Ramones were at their prime and the album that came out of that night captured a cultural phenomenon at its peak.”