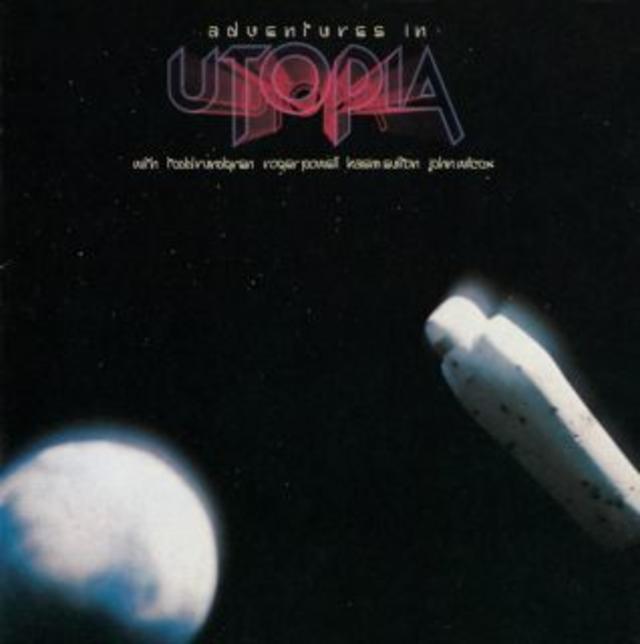 40 years ago today, Utopia released their fourth studio album, an LP which both continued the band’s evolution away from their prog-rock beginnings and built on the success of its predecessor, 1977’s OOPS! WRONG PLANET, to provide them with the most commercially successful album of their career as well as their only top-40 hit.

Co-produced by Todd Rundgren and his bandmates (but just knowing his history as a producer, we have to figure that he did most of the heavy lifting), ADVENTURES IN UTOPIA was the band’s first album since their single “Love is the Answer” had been covered by England Dan and John Ford Coley. With that song having been a big hit, Utopia’s profile had been punched up considerably, a situation which meant that it was time for the band to put together an LP that could help them utilize that momentum to their benefit.

In turn, ADVENTURES IN UTOPIA earned the band a top-40 hit with “Set Me Free,” which climbed to #27, not to mention a second hit, if a minor one, with “The Very Last Time,” which stalled at #76. That said, these two songs were still more than sufficient to lead the album into a position where it was the most popular of Utopia’s career, hitting #32. Alas, the next album, DEFACE THE MUSIC, only made it to #65, and that’s a shame, as it features some amazing Beatle pastiches. (If you’ve never heard it, we highly recommend it...and we would even if it wasn’t in our catalog!)