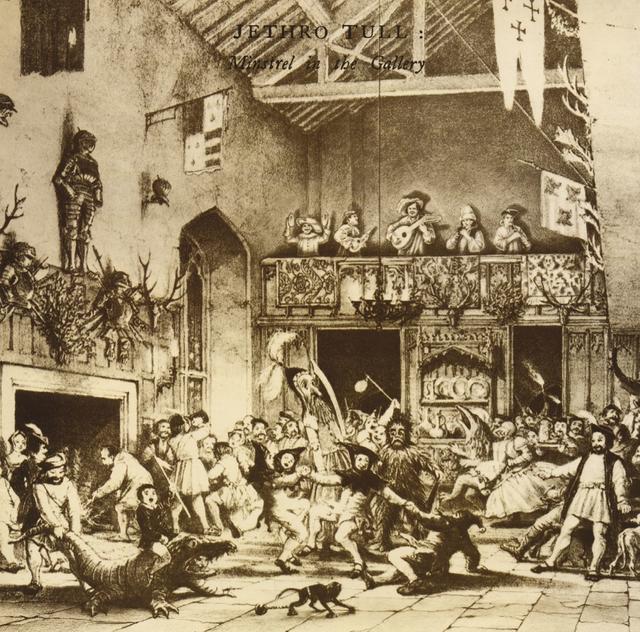 45 years ago this month, Jethro Tull released their eighth studio album, an LP which found the band not only downshifting from the orchestration of their previous album, WAR CHILD, in favor of a string quartet, but also returning to the blend of electric and acoustic material that they’d favored in their early ‘70s albums.

Recorded using the Maison Rouge Mobile Studio in Monaco, MINSTREL IN THE GALLERY was technically knocked out in three days, albeit three days spread out between May 15 and June 7...and now that we’ve cited those two dates, we should probably go ahead and clarify that they also recorded on May 18.

Oh, heck, let’s just put all the cards on the table and tell you what they recorded when:

Although frontman Ian Anderson felt that the rest of the band was unfocused while making the music, the end result was that he was in a position to explore the melodies and themes to a greater degree. In turn, MINSTREL IN THE GALLERY was – with the exception of Rolling Stone – well-received, with AllMusic describing it as the “most artistically successful and elaborately produced album since THICK AS A BRICK.”

That said, MINSTREL IN THE GALLERY failed to fully reproduce the success of its predecessor, WAR CHILD, which climbed to #2 on the Billboard 200, but it was nonetheless a top-10 album in America, hitting #7. On the UK Albums chart, however, it was more successful than WAR CHILD: that LP hit #24, whereas MINSTREL hit #14.

Minstrel in the Gallery (2002 Remaster)