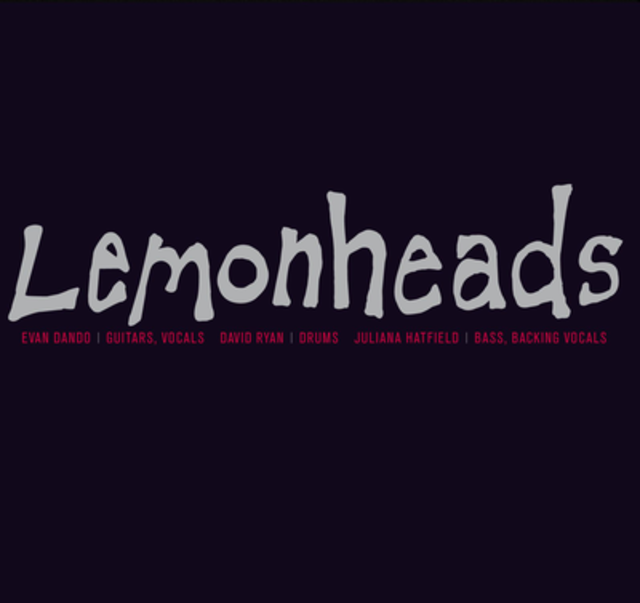 24 years ago today, the Lemonheads released the album that took them from cult figures on the college rock scene into full-fledged alt-rock darlings, a transition that they owed to one very special lady.

It isn’t as though Evan Dando, Ben Deily, and Jesse Peretz, the founding members of the Lemonheads, hadn’t been rising up through the ranks at a reasonable pace, delivering three indie albums on Taang! Records – 1987’s Hate Your Friends, 1988’s Creator, and 1989’s Lick – before securing enough attention with their fuzzed-up cover of Suzanne Vega’s “Luka” to earn them a deal with Atlantic Records. From there, they earned a bit of additional buzz with their first major-label album, Lovey, and their Favourite Spanish Dishes EP, which featured covers of Michael Nesmith’s “Different Drum,” the Misfits’ “Skulls,” and New Kids on the Block’s “Step by Step.” Unfortunately, with Deily departing the band after the release of Lick and Peretz leaving after Lovey, Dando gradually found himself looking for a few more Lemonheads.

David Ryan soon took his seat behind the drum kit, but when It’s a Shame About Ray came out, it was a pleasant surprise to find that Juliana Hatfield was playing bass. In short order, this lineup change would lead to no end of gossiping about Dando and Hatfield being an item, to the point of Barenaked Ladies referencing the pair in their song “Jane” ("No promises as vague as heaven / No Juliana next to my Evan"). At the time, though, the bigger discussion about the Lemonheads in the mainstream media came about as a result of the band recording a version of Simon & Garfunkel’s “Mrs. Robinson” in conjunction with the 25th anniversary of The Graduate.

Not that the album’s title cut hadn’t already brought the band recognition – it hit #5 on the Billboard Modern Rock Tracks chart – but It’s a Shame About Ray was soon reissued with “Mrs. Robinson” tacked onto the end of the album, and by the time all was said and done, the Lemonheads had made it all the way to #68 on the Billboard Top 200 Albums chart. The end result: the band’s next album, Come On Feel the Lemonheads, ended up going even higher, climbing to #56…and there’s no shame in that.