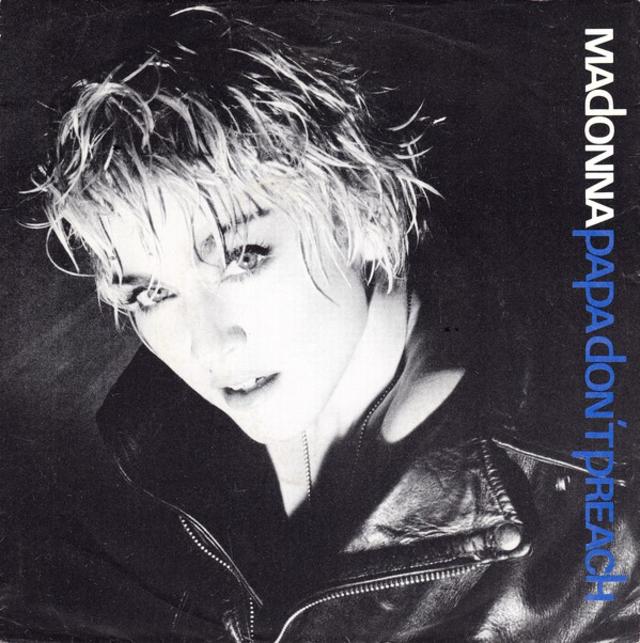 In the summer of 1986, Madonna mania was still peaking around the world. Here in America, her third studio album, True Blue, released at the end of June 1986, was a resounding smash, heading straight to #1 in August of that year. The lead single, ballad "Live to Tell," had already topped the Hot 100.

When it came to the second single from True Blue, Madonna turned the summer heat on full blast with her signature mix of sex and religion. "Papa Don't Preach" was released on June 11, 1986, and immediately generated controversy over the lyrics, which dealt with teen pregnancy. The video, starring actor Danny Aiello, was huge on MTV.

"That's why I thought it was so great. Is she for 'schma-smortion,' as they say in Knocked Up? Is she against abortion?," Madonna told Rolling Stone in 2009 about the video. "It just fit right in with my own personal zeitgeist of standing up to male authorities. Whether it's the Pope or the Catholic Church or my father and his conservative, patriarchal ways."