June 1987: Madonna Releases WHO'S THAT GIRL 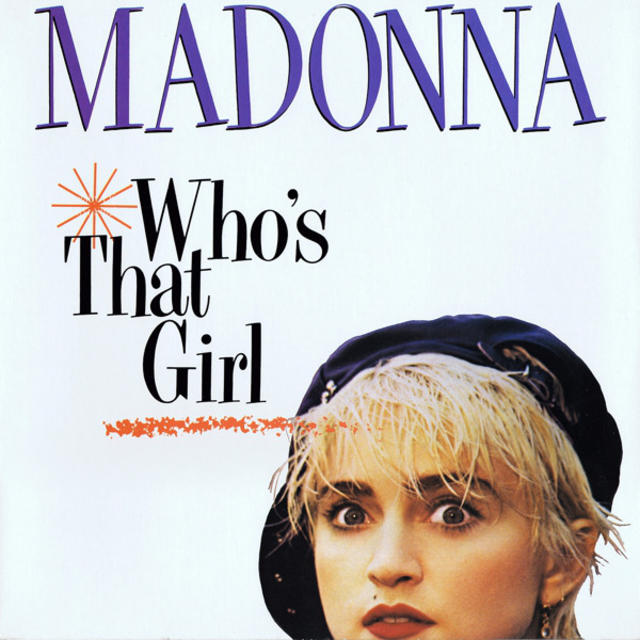 By the summer of 1987, Madonna was on top of the world. Her third album, True Blue, was a worldwide smash, clocked as the #1 selling album of 1986 around the globe, and the best-selling LP by a female artist over the entire '80s decade.

Ready to kick her film career into high gear, Madge was set to star big-budget feature, Who's That Girl, alongside Griffin Dunne and Haviland Morris. It only made sense that she provide the movie's title track and theme song.

"Madonna rang me up one night and told me she wanted an uptempo song and a downtempo song. She came over one night," co-writer Patrick Leonard said in the book 1000 UK #1 Hits. "I had already put down the chorus for a song on a cassette, she took it into the back room, while I worked on the rest of the lyrics. Soon after, she came out and said, 'We'll call it 'Who's That Girl.'"

Madonna went on to adopt the song title as the name of her massive 1987 stadium tour: "That's why I called my tour 'Who's That Girl,' because I play a lot of characters and every time I do a video or a song people go 'oh that's what she's like.' And I'm not like any of them," she told Smash Hits magazine. "I'm all of them. I'm none of them."

While the movie was a flop at the box office, "Who's That Girl" the song was a hit during awards seasons, garnering nominations for Best Song Written Specifically for a Motion Picture or Television at the Grammys, and Best Original Song  at the Golden Globes. The Grammy went to "Somewhere Out There," performed by Linda Ronstadt and James Ingram. The Golden Globe was awarded to Jennifer Warnes and Bill Medley for "(I've Had) The Time of My Life."

QUEENS ON QUEENS: Madonna and Beyoncé Unite on BREAK MY SOUL (THE QUEENS REMIX)
THIS IS THE ARTICLE BOX TEMPLATE