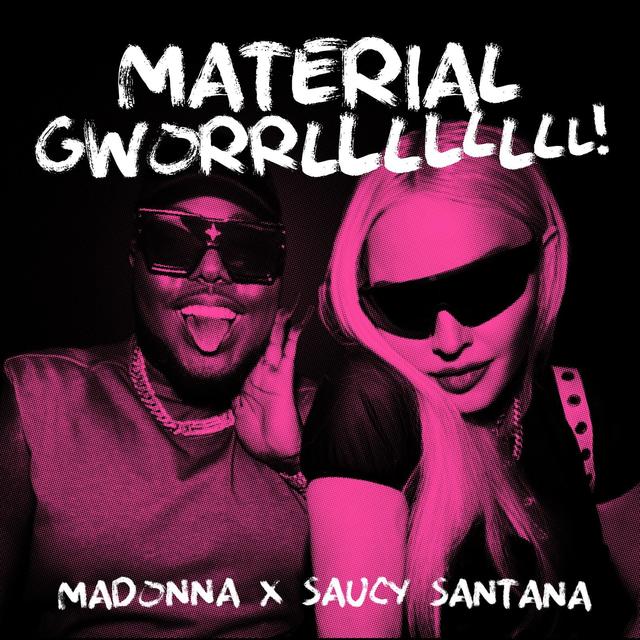 Today, Madonna has teamed up with rapper Saucy Santana to release “Material Gworrllllllll!” The track serves as a remix to Saucy’s own viral “Material Girl” song, which was inspired by Madonna’s original hit. The official music video will be released on Monday, August 8.

The song arrives ahead of FINALLY ENOUGH LOVE: 50 NUMBER ONES, Madonna’s 50-track career spanning compilation album, releasing on August 19, 2022. The collection, curated by Madonna, is in celebration of her historic milestone as the first and only recording artist to have 50 #1 hits on any single Billboard chart when she topped the Dance Club Songs chart for the 50th time. Madonna most recently released the 16-track version, FINALLY ENOUGH LOVE, which is available now on streaming.

These new collections mark the first album release to be part of the newly announced partnership between Madonna and Warner Music Group, which will feature an extensive series across her groundbreaking career.

50 NUMBER ONES spans her entire dance club chart reign with dozens of remixes by the world’s top producers. In addition to fan favorites, the collection also includes a selection of rare remix recordings, with more than 20 being officially released for the first time or making their commercial/digital debut. The collection will be available digitally on August 19, along with a 3-CD version. A limited-edition, 6-LP version on red and black vinyl will also be available and has already sold out in pre-orders. The 16-track edition, FINALLY ENOUGH LOVE, will be available in physical format on August 19. Pre-order and Pre-save now.

Expect more surprises to be revealed later this year around the celebration of Madonna’s 40 years in music.

Saucy Santana most recently released his hit single “Booty” via RCA Records, adding to his unstoppable run, gracing the covers of Teen Vogue, PAPER, V Magazine, and XXL as part of their 2022 Freshman Class list. Previously supporting Latto on her nationwide 777 Tour, Santana also premiered the “Material Gworrllllllll!” remix as part of a live performance with Madonna at her Pride event in NYC in addition to a breakout performance at the 2022 BET Awards Pre-Show.