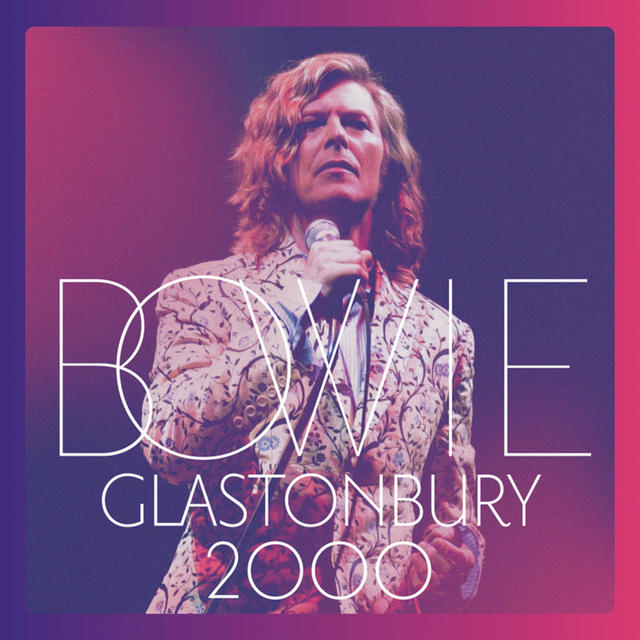 Since David Bowie died in January 2016, fans have been gifted with a stream of reissues, retrospectives, films and other ephemera, enabling them to not only remember their hero fondly, but to celebrate him anew. And thank goodness for that – such a towering figure deserves to have his art live on in such quality, and for new treasures to be unearthed from wherever they’ve been hiding.

Speaking of treasures: Bowie headlined the Sunday evening slot at the 2000 Glastonbury Festival (the largest outdoor music and culture festival in the world), and, from all reports, played an extraordinary show. For years, the only people who could attest to the quality of the performance were those in attendance – though the BBC filmed the entire show, only about 30 minutes of it were ever broadcast (at Bowie’s insistence).

Nearly three years after Bowie’s death, GLASTONBURY 2000 was issued, and it reveals just how special that evening was, how great Bowie and his band sounded, and how blessed the crowd was to witness it all. Bowie, then 53, sported long hair to go with his long buttoned-up shirt and long patterned coats, and he prowled the stage with energy, engaging the audience with a stunning, 21-song greatest hits set that touched upon most of his most beloved and influential phases.

The show kicks off with a stellar run through tracks both instantly familiar and in need of deep retrieval from one’s memory. He introduces himself to the tens of thousands in the crowd with “Wild is the Wind,” and the audience welcomes him with screams of appreciation. “China Girl” is next, and Bowie and band attack it with equal parts strength and subtlety; “Changes” is where things really begin to cook – where you can hear the singalongs begin and the first cloud of nostalgia rise from the crowd and float above the field. Bowie tells the crowd he had a bout of laryngitis earlier in the week, then he slides into “Life on Mars?” in a lower key, yes, but the song’s resilience and power still come through.

The hits keep coming – “Rebel Rebel” shreds amplifiers once again; “Fame” stomps angrily around the grounds, like a 50-foot gorilla (only the gorilla is David Bowie); “All the Young Dudes” sounds like 100,000-plus people with their arms around one another’s shoulders, swaying and shouting the chorus. “I feel love in this room,” Bowie says before the opening guitar arpeggios of “Starman,” and he ain’t kidding; “Under Pressure” (with bassist Gail Dorsey singing Freddie Mercury’s parts) will give you chills, in a good way; a quiet, then loud rendition of “Let’s Dance” will get you moving, just before the whole things closes (with “I’m Afraid of Americans”) and Bowie disappears once again. No matter how many times you put the record on, he always disappears in the end.

It’s great to be able to make that night in Glastonbury come alive again, whenever we want.