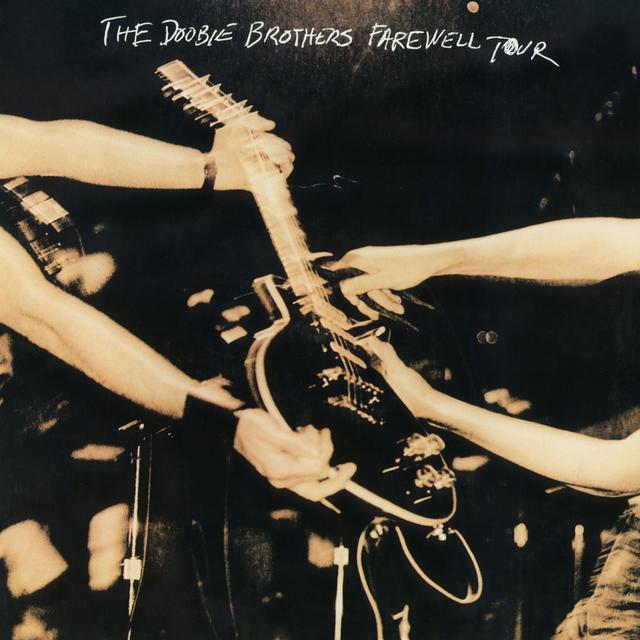 So many bands break up in a state of acrimony, and that’s a shame. When the singer and lead guitar player, for example, can’t be in the same room anymore, much less share the same stage, and the band blows up without saying goodbye, the act’s fans are the real victims, denied that bit of closure they deserve. When the Eagles broke up in 1980, it was Glenn Frey and Don Felder who had serious beef with one another, forming a black hole that sucked in the whole operation. The band issued a live record, produced with band members on opposite coasts, and called it a day (at least for 14 years, until “hell froze over” and a reunion put them back in the spotlight).

Warring factions within the Doobie Brothers caused the band to fizzle out in 1982, after a lengthy and considerable run of hits and quality records, but they decided to let bygones be bygones for one last 30-date trek around the U.S., giving fans what all involved felt was the last chance to see the band live. Shows from the tour were captured on tape and performances from those recordings were compiled for a 1983 two-LP set called, fittingly enough, FAREWELL TOUR.

Of course, by this point, Michael McDonald was the lead voice of the band, and his songs are certain highlights of the album. “Takin’ It to the Streets” emerges from a short jam to kick off the show, and the audience eats it up. Of course the band runs through late-period hits like “Minute by Minute” and the immortal “What a Fool Believes,” but it’s McDonald’s vocal on “Listen to the Music” (originally sung by once and future Doobie Tom Johnston) that grabs the ear, making the old radio hit even more radio-ready.

By the end of the band’s initial run, Patrick Simmons’ role had been minimalized, but he shines on this collection, particularly on his hit “Black Water,” but also on the mid-concert acoustic set, on which he and John McPhee display their instrumental chops (“Slack Key Soquel Rag” and “Steamer Lane Breakdown”). There’s also “South City Midnight Lady,” as languid and moving as ever, with Simmons and McDonald harmonizing on the gorgeous chorus.

Everybody was doubtless on their feet by the time Johnston emerged from backstage to join the band on the concert- and album-closing “China Grove.” His addition to the event was a classy move, and absolutely essential to the spirit of the show.

Of course, the Doobie Brothers have reunited and played many, many more shows, in various incarnations, with and without McDonald, since their first reunion (minus McDonald) in 1989. FAREWELL TOUR lets listeners in on what one of the great American rock bands of the ‘70s was about, at the height of their popularity, providing a fitting bookend to that era of the band.

Single Stories: The Doobie Brothers, JESUS IS JUST ALRIGHT and BLACK WATER
THIS IS THE ARTICLE BOX TEMPLATE