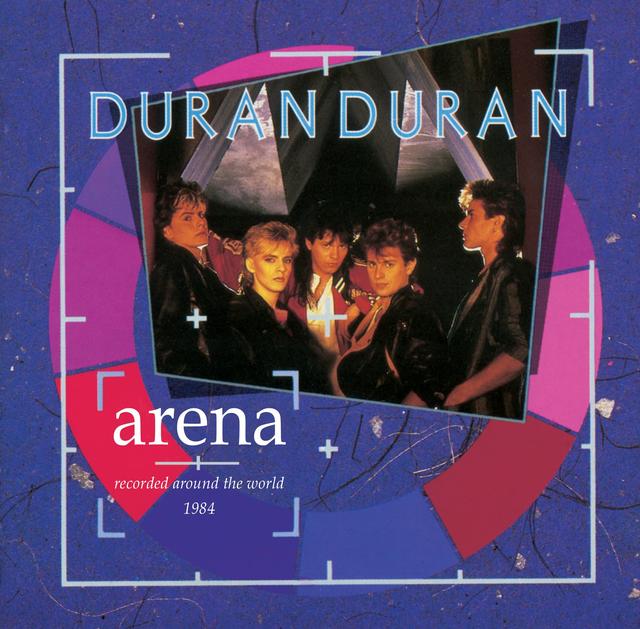 Boy bands currently making a killing on the charts and concert circuit should take a look back in the annals of pop music history to see how global domination was really done. Of course, they should start with the Beatles, the O.G.s of the screaming teen set, who conquered the world by first invading the United States in 1964 and causing an entire generation of youthful record buyers to scream themselves hoarse and dampen endless miles of sidewalks outside hotels and stadiums with their tears. These were tears of elation – emotional releases in response to their most earnest crushes and deepest feelings reflected in the sounds made by four adorable lads from Liverpool. Those sounds were life-changing and era-defining.

Nothing of the Beatles’ like was seen again in America until roughly 1983, when Duran Duran appeared on Saturday Night Live, MTV’s New Year’s Rockin’ Eve Ball and about every 20 or so minutes on MTV itself, with singles from their first two albums. Once again, youthful crowds ate it all up, flocking to the band’s shows and amping their appreciation several more notches by the end of the year, when Duran released their third record, SEVEN AND THE RAGGED TIGER and set off on an 80-date tour that proved their status as conquering heroes.

1984’s ARENA captures the frenzy and frenetic energy of that tour, and is still something special to hear. It starts with the cannon-shot drums and imploring vocal of “Is There Something I Should Know?” on which singer Simon LeBon somehow manages to lift his voice above the screams of his audience. He eggs them on, introducing “Hungry Like the Wolf” with a teasing shout, “Is anybody hungry?” Turns out, they were, though for what remains somewhat cloudy.

ARENA’s highlights are the hits, and there are many, from the monster groove and riffing of “Union of the Snake” and the slow, smooth “Save a Prayer” (not to mention “Rio” and “Girls on Film,” which were omitted from the original LP but added to reissues and streams). Deeper cuts like “The Seventh Stranger,” “The Chauffer” and “New Religion” remind you why the band was such a big deal in the first place, how they crafted melodies and used the tools of the New Romantic movement (synths mostly, but also tempo and a charismatic front man) to make music that moved masses and defined an era in pop culture.

The album also includes a studio cut – the Nile Rodgers-produced “The Wild Boys,” on which LeBon shout-sings himself ragged, but keyboardist Nick Rhodes and drummer Roger Taylor manage to keep dark and percussive. It’s a great song, one that almost makes one forget about the omission of “The Reflex” and “New Moon on Monday” from the album. Almost.

ARENA documents a special moment for a special band – one still making terrific music today. Teen-targeting acts of the moment – behold your forebears. Listen and learn.