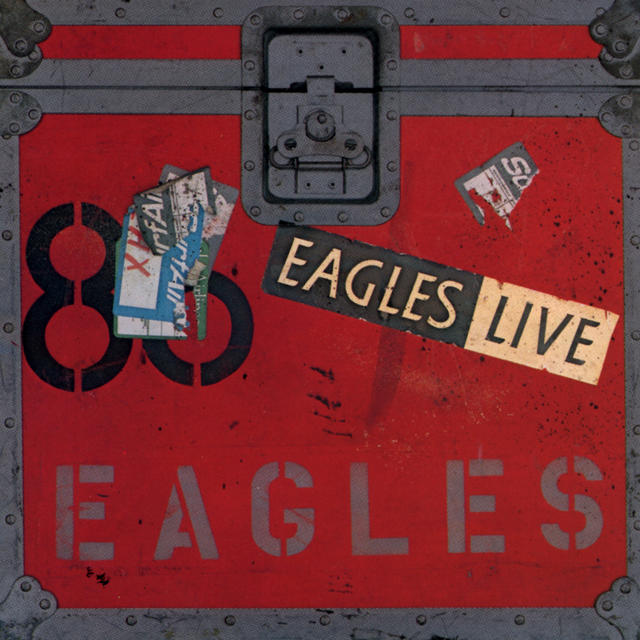 Let us now survey the coolness factor of the Eagles, circa 1980. Glenn Frey was cool. Joe Walsh was cool. Don Felder was mysterious, which made him sort of cool. Don Henley was cerebral and Timothy B. Schmit mild-mannered, but that was okay — Frey and Walsh’s coolness could be draped over them in compensation. The point is, as a band, the Eagles had a considerable cool factor — women dug them, guys air-guitared to them, and if they merely looked in the direction of an arena, it filled with tens of thousands of fans.

There was a problem, though — they couldn’t stand each other. Well, it’s doubtful that Schmit had ill feelings about anyone (he’d only been in the band about ten minutes), and Walsh seemed exceedingly pleased playing loud guitar in any forum — on an arena stage, in a hotel hallway, in line at Burger King, whatever. But Frey and Felder had serious beef, and Henley just seemed disgusted with the whole enterprise.

There was another problem — they owed their record label one final album to fulfill a contractual obligation. Typically, the easiest way to do this was to cull together any and all existing concert recordings to piece together a live album, and so it was that the Eagles and their producer Bill Szymczyk began assembling EAGLES LIVE from tapes of their most recent tour and other previous treks, some dating back to 1976.

That brought up yet another problem — the Eagles were notorious perfectionists, and the live stage is rarely the platform for perfection. They needed to fix some of the performances they had captured on tape, and they needed to do so in the studio. And they couldn’t stand each other. They remedied this situation by “Eaglizing” the tapes in two different studios, on either side of the country — Frey in Los Angeles and the rest of the band in Miami. "We were fixing three-part harmonies courtesy of Federal Express,” Szymczyk noted. The band even turned down $2 million from their label to record two new songs for the project.

None of this rancor is noticeable on the final product, which reaffirmed how cool the Eagles were. EAGLES LIVE starts with a note-perfect take of “Hotel California,” which segues into a “Heartache Tonight” on which the guitars are fiercer and Henley’s hi-hat hits are harder. Henley sounds completely world-weary on “Wasted Time” and completely defiant on “The Long Run,” and is convincing with both. Both of the band’s bassists are represented — Randy Meisner on five 1976 cuts (including his standout “Take It to the Limit”), with the rest handled by Schmit, who takes his solo vocal spotlight on “I Can’t Tell You Why.” And Walsh gets to lead the band on a pair of his solo hits — “Life’s Been Good” and the Friday-night kegger anthem “All Night Long.”

There is one previously unreleased song on EAGLES LIVE — a harmony-laden run through Steve Young’s “Seven Bridges Road.” The performance — every note in its place, each voice in perfect lock with the others — belied the fissures that wound up ending the band. It was unquestionably cool, just like the soon-to-be-ex-bandmates who made it happen.