LIVE from Your Speakers: Fleetwood Mac, THE DANCE 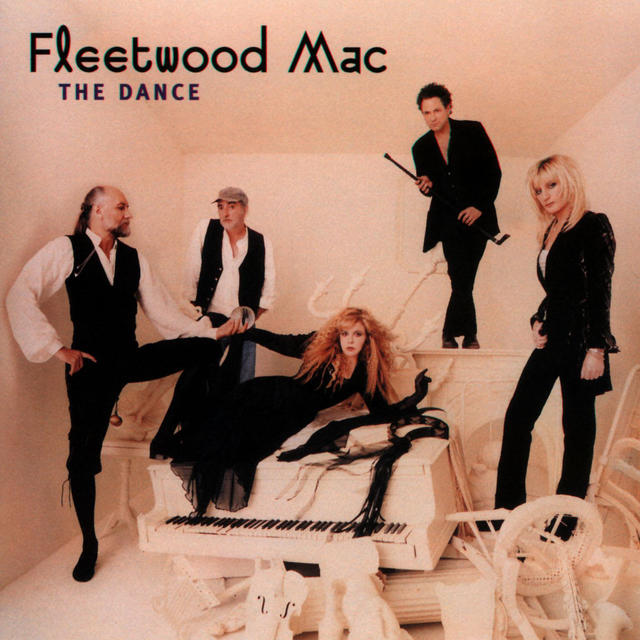 The return to active duty of the RUMOURS-era Fleetwood Mac was a welcome bit of news in 1997. Each of the band’s three main songwriters -- Lindsey Buckingham, Stevie Nicks and Christine McVie -- had done solo work that, while quality stuff, had not nearly scaled the commercial heights of the band in their prime. And drummer Mick Fleetwood and bassist John McVie’s stab at moving on without their singing trio -- 1995’s desultory TIME, featuring ex-Traffic guitarist Dave Mason -- could hardly have fared worse.

From the opening notes of “The Chain” on THE DANCE -- the live album and video project that marked the classic lineup’s return -- it is easy to hear that the five principals are better together than they are apart. Buckingham and Nicks were born to harmonize with one another -- he sounds like he’s about to jump out of his skin with adrenaline, and her raspy voice gives him a target to aim for. And Christine McVie’s smoky underpinnings add that much more texture and depth to the song. Listeners in that moment recognized something they had missed, probably without even realizing they’d missed it -- the classic sound of this wonderful band.

In addition to such familiar songs as “Go Your Own Way,” “Rhiannon,” “Dreams” and “You Make Loving Fun,” THE DANCE provided each songwriter with space to share new material. “Temporary One” is an uptempo Christine McVie number that glides on a breeze of acoustic guitars and may well be the happiest-sounding song on the record. Buckingham contributes “Bleed to Love Her,” which tones down his thornier tendencies in favor of a straight-up pop song. Nicks’ “Sweet Girl,” of the three, sounds most like it could have come from some late-’70s session; like “Temporary One,” there’s a lot of strumming, and a good bit of harmony, but most of all it was great to hear Nicks’ voice fronting this band once again.

The highlights of the album, though, are old songs that sound brand new. Buckingham takes 1987’s “Big Love” and turns it into a solo guitar workout, with fingerpicking that sounds otherworldly, supporting a vocal whose desperation is palpable. “Silver Springs,” a RUMOURS-era b-side, has a heartbreaking sentiment bolstered by the band’s many strengths, from Nicks’ voice to Buckingham’s solo, to the rhythm section that holds it all together.

By the time the show (and the record) closes with a loud run through “Don’t Stop” (supplemented by the marching band brought in for “Tusk” a song earlier), it was clear Fleetwood Mac would not stop, that they were capable of moving forward. More than that, they were willing to do it, to add to their trove of hits with performances that not only put smiles on nostalgic fans’ faces, but carried the great music from then into the now.