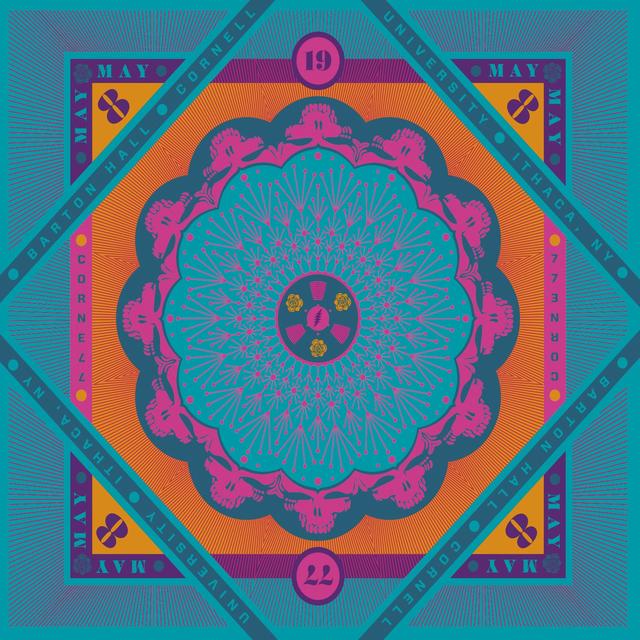 It’s hard to pinpoint when the Grateful Dead’s concert at Cornell University’s Barton Hall on May 8, 1977 became the Holy Grail-kinda show it became. It was probably sometime between the summer of 1977, when tapes of the show began to circulate widely amongst Deadheads, and 2011, when the still officially unreleased recording of the show was selected for preservation into the National Recording Registry, for its cultural, historical and/or aesthetic relevance.

More likely, though, it was the quality of the show, of the band’s playing, that did the trick. It is without question one of the most transcendent Dead performances you’re likely to ever hear, with each member in almost telepathic connection with the rest, resulting in a show that is exploratory, extraordinarily well played and a lot of fun.

For one example, cue up the second-set-opening tandem of “Scarlet Begonias” and “Fire on the Mountain.” After a bit of momentum gathering, Jerry Garcia opens “Scarlet” in strong voice, a fully confident captain steering his vessel. There is a bass/percussion breakdown, with Donna Jean Godchaux vocalizing behind them; Garcia joins in on guitar, his tone full, his fingers both running up and down the scales, as well as finding their pinpoint melodic placements. Phil Lesh’s bass burbles and Bob Weir contributes a rat-ta-tat chording that punctuates both the guitar and Keith Godchaux’s sure-handed keyboard foundation. Round and round they all go, in an exploration of melody and rhythm, not just playing the song, but playing within it, until they’re in another song entirely, transitioning seamlessly into “Fire.” Garcia comes back in to sing, then takes everybody back into exploration, examining every crack and crevice of the structure of that song, and again, the band builds and recedes. No one shows off, no one says “Look at me!” in his/her playing or voice. It’s an entrancing dance they do, and before you know it, as the whole thing skitters to a close, you look up at your clock and notice nearly a half hour has gone by. It was time well spent.

It’s worth noting how the songs just moved in the Cornell show. A spry “Brown Eyed Women,” finds Garcia soloing to the heavens — one of the finest instrumental performances of that song. A lovely “Jack Straw” builds from languid beginnings to a full-on Dead dance party, and takes everyone listening on that peculiar but always satisfying ride. The band scoots into “Deal,” which should be a country dancefloor staple by now. And what dancy Dead show would be complete without a run through “Dancing in the Streets?” That’s certainly not overlooked here, in a 16-minute set closer. Weir will never be accused of being a soul man, but he certainly gives it the old hippie try and just about nails it in Cornell.

Books can and should be written about the Cornell show, to do it justice. In them, they will surely contain tales of the wondrous evening that has finally, officially been preserved on CORNELL 5/8/77.