LIVE from Your Speakers: The Doors, LONDON FOG 1966 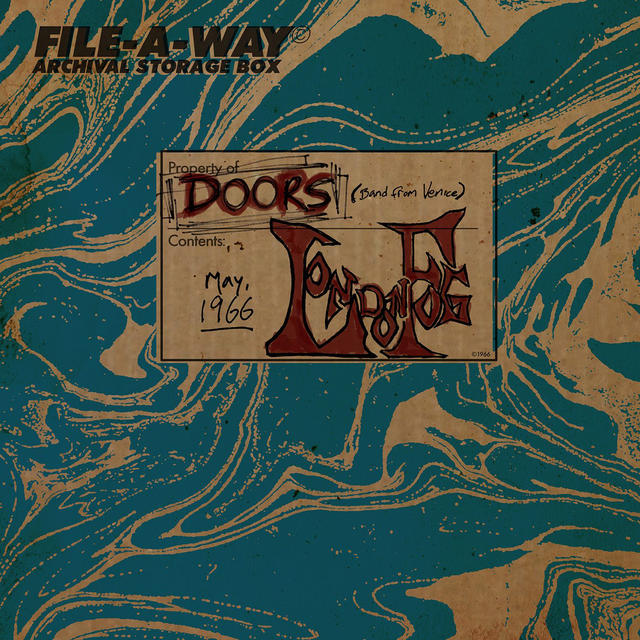 Every great band has a back story – a history of performances, rehearsals, songwriting sessions and the like – that helped make them the group they one day became. The Beatles played countless gigs in Hamburg bars before they became, you know, The Beatles. Van Halen cut their teeth playing covers in clubs and backyard parties for years before they were discovered. The Grateful Dead were the house band at Ken Kesey's Acid Tests before the first taper ever recorded one of their shows. Ronnie Van Zant put his Lynyrd Skynyrd bandmates through all-day rehearsals in a blazing-hot swamp shed before they went out to play local bars.

The list goes on. Suffice to say these formative experiences helped each of these artists meld their visions and form a collective root structure that sustained them, at least for a while.
If you had wandered into the London Fog nightclub on the Sunset Strip in Los Angeles at some point between February and May 1966 … well, you might have been there to see some exotic dancers, but you would likely have also heard four young men playing an unholy amalgam of hard blues covers and working on lengthy flights of musical fancy that would turn America on its ear in short time. The London Fog was where the Doors served one of several apprenticeships before releasing their 1967 debut; one night, a fan taped their performance and 50 years later some of those recordings saw the light of day, as LONDON FOG 1966.

The bulk of the record is taken up by cover tunes, and through them you can hear the Doors developing their approach to the blues, working hard to make the songs their own. Muddy Waters’ “Rock Me Baby” finds Jim Morrison doing his best to sound both authoritative and sexy, meandering around Waters’ come-hitherisms as the band vamps behind him. The band sets the groove on “Baby Please Don’t Go,” and Morrison (after imploring the audience, “Come on, dance, somebody – let’s go”), lays into it, fairly exploding by the song’s end. The instrumentalists really cook on Wilson Pickett’s “Don’t Fight It,” snapping Morrison around to the point he sings an entirely different set of lyrics – perhaps made up on the spot.
There’s no “Light My Fire” or “Break on Through” here, though those songs were likely being developed at the time. The title track of “Strange Days” and “You Make Me Real” (which they wouldn’t get around to recording until 1970’s MORRISON HOTEL) get early workouts, and sound as embryonic as you might guess.

Though a scant half hour in length and a little rough in the audio department, LONDON FOG 1966 is worth streaming, particularly for Doors fans who want to hear their heroes as they began to develop their collective voice.