March 1983: Duran Duran Release IS THERE SOMETHING I SHOULD KNOW? 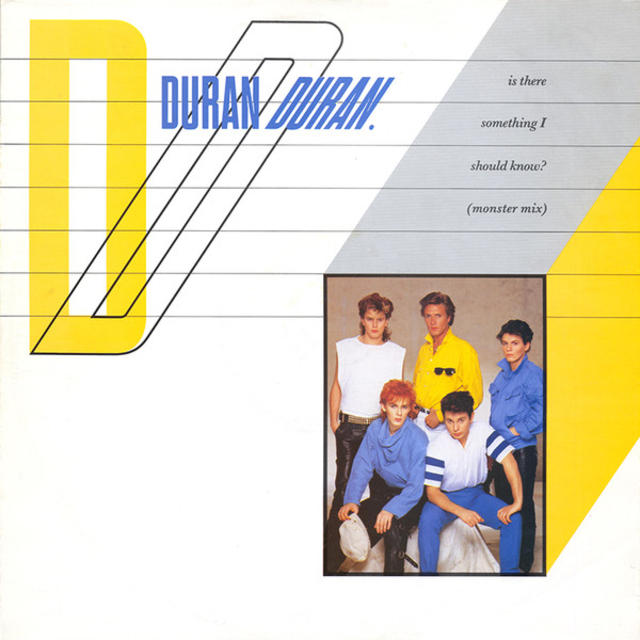 By December 1982, Duran Duran had rocketed to the top of the British music. The band had enjoyed a trio of top 10 hits in their native England: "Hungry Like the Wolf" (#5), "Save a Prayer" (#2), and "Rio" (#9). Singer Simon Le Bon and company were beginning to see success in America, thanks in large part to a fledgling cable network known as MTV. It was time to strike while the iron was hot, so Duran Duran convened in Tony Visconti's Good Earth Studios in Soho, London with producer Ian Little to make a new song: "Is There Something I Should Know."

While the band was happy with the song, getting the mix right proved to be a challenge: " I used to work closely with a producer called Alex Sadkin when the offer came to remix that record," producer Phil Thornalley (fresh from working on the Cure's Pornography) told Songfacts about working on the track. "Duran Duran were super-hot then, they were the biggest band in the world, and I think they'd tried everyone to mix it. It was just another job that came through, and I just happened to be on fire that day and did a really good job. That worked out well so Alex then produced the album that followed, which was called Seven and the Ragged Tiger."

Released on March 14, 1983, Duran Duran's "Is There Something I Should Know" was an instant smash, debuting at #1 on the UK Singles Chart. It was the group's first #1 single. The single wasn't released in America until June 1983, allowing the hot Rio singles to continue to sizzle across the States. The timing was right on the money, as the tune soared up the Hot 100 to peak at #4 for the week of August 6, 1983. The #1 song in America that week: the Police's "Every Breath You Take." Helping drive the song: a memorable and eye-catching music video, directed by Russell Mulcahy.

"The only part of a video I would change is the end of 'Is There Something I Should Know?' where I am singing to the camera," drummer Roger Taylor once revealed. "I look very uncomfortable doing this and cringe every time I see it to this day."