March 1985: The Power Station Debut with THE POWER STATION 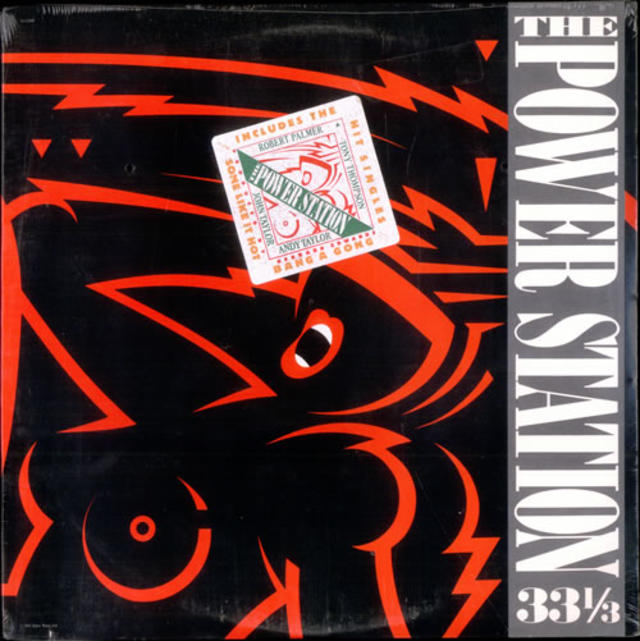 By the mid-1980s, Duran Duran was among the biggest bands in the world. The group's second album, Rio, was a global smash, followed by the enormously popular follow-up, Seven and the Ragged Tiger. Duran Duran's stratospheric rise was enough to lead the outfit to take a hiatus in order to relieve the pressure. They split into two factions, with Simon Le Bon, Nick Rhodes and Roger Taylor taking the esoteric route with atmospheric New Wave project, Arcadia.

For guitarist Andy Taylor and bassist John Taylor, it was an opportunity to explore their inner hard rockers and funkateers, with the two looking at starting their own DD spin-off. The band had gotten so big that John Taylor found himself in a relationship with rock legend Bebe Buell, famous for dating such music stars as Todd Rundgren and Steven Tyler. It was during this time that John Taylor agreed to help Buell produce a cover version of T. Rex classic, "Get it On (Bang a Gong)." The plan is that Buell would provide vocals to the track, which was set to be recorded by John Taylor, Andy Taylor, with Chic legend Tony Thompson on drums.

The Bebe Buell single, however, was not meant to be, with her and John Taylor splitting before the track was recorded. Considering the lineup, the Taylors and Thompson continued to keep working on the project. They outfit came up with a new concept, planning to use a different singer for each track. Tossing around such heavyweight names including Mick Jagger and Billy Idol, a recording session with Robert Palmer was enough for them to realize that he was their man. Actually, it was producer Bernard Edwards, also from Chic, who made the call: "Stop looking. You've got your singer" (via The Quietus).

"It's got more of a funk foundation, because I'm involved," laughed drummer Thompson during the same interview.

"We made it up as we went along," theorized singer Robert Palmer in a 1985 interview with Martha Quinn and MTV in 1985. "The record made us, really. And then when we sort of stopped to listen to it, we were so excited by it, we thought we better come on MTV and shout about it."

The Power Station made its recorded debut in early March 1985 with the release of lead single, "Some Like It Hot." The track's bombastic drums matched with Palmer's distinctive soulful croon made for a captivating combination, sending the tune up the charts. It crashed the US top 10 to peak at #6 on the Billboard Hot 100.

The album's second single, the cover of T. Rex classic "Get it On (Bang a Gong)," was another hit for the side project, peaking at #10 on the Hot 100. The track hit #1 in the UK and Ireland.

The Power Station released the band's self-titled full-length on March 25, 1985. Featuring third single, "Communication" (#34 on the Hot 100), and a cover of the Isley Brothers' "Harvest for the World," the LP was a smash, soaring to #6 on the Billboard 200 chart.

It was when The Power Station decided to tour, however, when the group took an unexpected detour. Robert Palmer declined to hit the road, choosing instead to hit the recording studio to capitalize on the moment by making solo album, Riptide. Vocalist Michael Des Barres stepped in as the singer in The Power Station; his friendship with actor Don Johnson paved the way for the band to play themselves in an episode of Miami Vice for the second episode of the show's second season in an episode entitled "Whatever Works."

"The Power Station certainly felt like it was boiling over," Nick Rhodes told The Quietus. "There were some really good songs on their album. I remember hearing it at the time and not loving it, because I was so engrossed in what we were doing, but I think history's been kind to it, and they invented a sound for Robert Palmer to continue with, that's for sure."

Single Stories: Duran Duran, SAVE A PRAYER
THIS IS THE ARTICLE BOX TEMPLATE

December 1992: Duran Duran Launch Comeback for the Ages with ORDINARY WORLD
THIS IS THE ARTICLE BOX TEMPLATE