March 1986: MADONNA Gets Dramatic with LIVE TO TELL 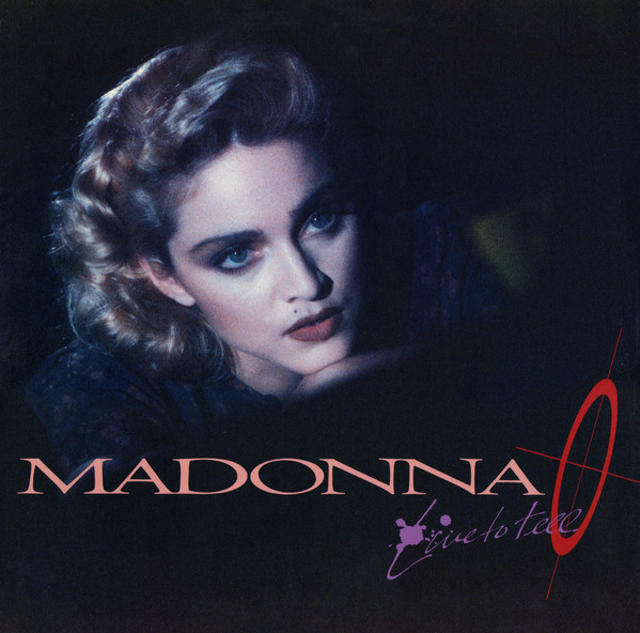 When it came time for Madonna to debut her pivotal third album, True Blue, the breakout superstar hit the world with a change-up: "Live to Tell," the dramatic ballad that served as the record's lead single.

"Sometimes when I'm writing songs, I'm just channeling," Madonna told Rolling Stone in 2009. "I could say that 'Live To Tell' was about my childhood, my relationship with my parents, my father and my stepmother. But maybe not. It could be about something in an F. Scott Fitzgerald novel, or a story that I heard once. It's true, but it's not necessarily autobiographical."

Released on March 26, 1986, "Live to Tell," co-written by Patrick Leonard, served as the theme song for movie At Close Range, starring Madonna's then-husband, actor Sean Penn. The track raced up the charts, peaking at #1 on the Hot 100 for the week of June 7, 1986. It finally hit the top spot after being blocked for two weeks by Whitney Houston's "Greatest Love of All." "Live to Tell" would only stay at #1 for a single week, replaced on the following chart by Patti LaBelle and Michael McDonald's "On My Own."

Over the week of May 31, 1986, "Live to Tell" became Madonna's first #1 song on Billboard's Adult Contemporary chart.

"It was kind of inspired by the movie and family secrets and the things that make you who you are, but you don't necessarily want to share," the singer coyly told Mojo in 2015. "Mix that in with my own childhood and my own growing up and all that. My real experiences get mixed in with things that, I imagine."

Doing a 180: Madonna, RAY OF LIGHT
THIS IS THE ARTICLE BOX TEMPLATE