May 1979: When David Bowie Fell to Earth as the LODGER 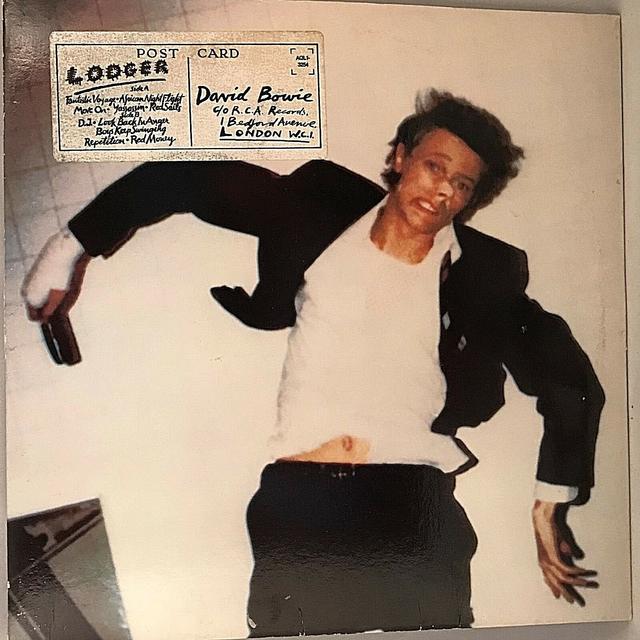 First things first: David Bowie's 13th studio album, LODGER, is a lot weirder than you might remember. Long cast as the third release in the artist's famous "Berlin Trilogy," the LP doesn't really have much in common with either of its two predecessors (other than producer Tony Visconti and collaborator Brian Eno). If anything, it's the sound of Bowie taking a step back from his frenzied career to piece together a record free of an overarching theme or prevailing new persona.

"Lodger is really a hodgepodge of styles that create a lovely sort of mix," Bowie told Rock Australia Magazine in June 1979. "The areas we’ve been working in are so undefined at the moment that I find them hard to analyze, but I think probably a classification you can give the album is that it incorporates just about every style that I’ve ever got involved in, apart from rock. There are three or four narrative songs, though, which is something I haven’t done in a long time, and two or three of what you might call Dada pop as opposed to rock. Now whether that’s the kind of pop that people expect, I don’t know. But it’s definitely Bowie pop."

"Of the ‘trilogy’ this is probably my favorite," Visconti once said of Lodger. "I think the songs are amazing. They sound like Bowie classics and completely hide the fact that we were still experimenting. All we had learned from the first two ‘trilogy’ albums are lovingly summed up in Lodger. The two studios we used let us down and as a result Lodger wasn’t presented to the world as it was meant to be."

It's a sentiment that drove Visconti to remix the album in 2017: "By the time I had the first half of the album mixed, from ‘Fantastic Voyage’ to ‘Red Sails’ (I couldn’t stop after three), I felt it was time to play them to David," Visconti explained in book A New Career In A New Town (1977–1982). "One day when he came to my studio to work on the Blackstar album, I told him I had a surprise for him. Would he like to hear something amazing? Well, of course he would say yes to that. I prefaced the playback with something he always said to me – I told him it was an experiment and if he didn’t think it could fly we’d drop it. That said, I pressed play. INSTANT JOY! David said he was thrilled and asked me to finish it in my own time. It was his idea to release both versions side by side. With more of Blackstar to work on, I left the final five mixes to much later."

While both critics and fans seemed confounded by the wild shifts in direction across the record, NME singled out African influences found on such tracks as "Yassassin" and "African Night Flight," taking the artist to task for alleged "misrepresentation." For his part, Bowie dismissed the charges: "I don’t think that by taking a Japanese or an African emblem or motif I try to represent them at all. I would have thought it was pretty transparent that it was me trying to relate to that particular culture; not in my wildest dreams would I think I was trying to represent them."

"The tottering pen-pushers were only silenced when we were treated to a series of videos of the Thin White One," Allan Jones write in Melody Maker in 1979: "More striking were the recently completed promo flicks for the new album, certainly the most impressive video sales pitch since the original Devo epics. ‘See those girls?’ asked the chap from RCA (regarding the runway scenes in the "Boys Keep Swinging" clip). ‘Absolute goddess, the one in the middle,’ we replied, pointing out the Lauren Bacall-meets-Jerry Hall lookalike. ‘They’re all Bowie,’ explained the chap from RCA. Mouths dropped open."