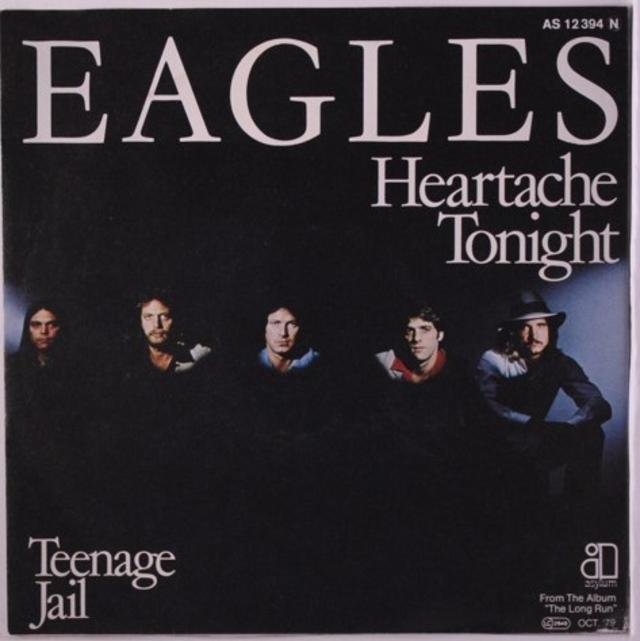 Southern California rockers Eagles struck gold--and platinum--with the band's 1976 album, Hotel California. After topping charts around the world and taking home multiple Grammy awards for the effort, the group was ready to try some new things with the follow-up LP.

When it came to the album's lead single, "Heartache Tonight," Glenn Frey and company turned to a very specific inspiration.

"Glenn Frey and I had been listening to Sam Cooke records at my house," recalled co-writer, J.D. Souther, to Songfacts in 2011. "So we were just walking around clapping our hands and snapping fingers and singing the verses to those songs. The melody sounds very much like those Sam Cooke shuffles. And Bob Seger wrote the chorus to it."

That's right--the Detroit rock legend was more than happy to lend a hand when the Eagles found themselves having difficulty landing the tracks.

"There's not much to it. I mean, it's really just two long verses. But it felt really good," Souther continued about creating the song. "You can get a feel for how something's going to come out sometimes. We didn't get to a chorus that we liked within the first few days, and I think Glenn was on the phone with Seger, and he said, 'I wanna run something by you,' and sang it to him, and Seger just came right in with the chorus, just sang it and it was so good. Glen called me and said, 'Is four writers okay on this?' And I said, 'Sure, if it's good.' And he said, "Yeah, it's great. Seger just sang this to me,' and he sang it to me and I said, 'That's fantastic.'"

Released as the lead single from the Eagles' sixth studio album, The Long Run, on September 18, 1979, "Heartache Tonight" struck an immediate chord with fans, flying up the charts to peak at #1 on the Hot 100 over the week of November 19, 1979.

YOU CAN FIND IT HERE: Inside the Eagles' HOTEL CALIFORNIA
THIS IS THE ARTICLE BOX TEMPLATE