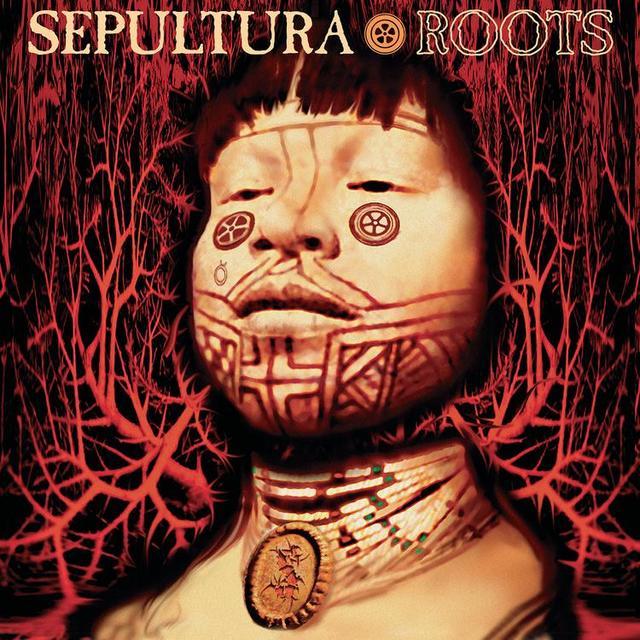 Say what you will about Friday the 13th being a bad luck day, but it worked out pretty well for Sepultura fans, as that’s when we released the deluxe edition of the band’s 1993 LP, CHAOS A.D. When we did so, we forewarned you that it wouldn’t be the last deluxe edition you’d see of a Sepultura album in the near future, and we’re happy to say that today’s the day that we bring you another one.

As fans know, the band’s 1996 album ROOTS was deeply influenced by Brazilian rhythms, which is sonically evident on tracks like “Itsári” and “Ratamahatta,” and it’s clear from the sales figures that Sepultura fans embraced the sound: the LP sold more than two million copies worldwide. This expanded version features a newly remastered version of the original album on disc one, while disc two delivers 17 bonus tracks, including demos, instrumental versions, early takes, and live tracks.

Steve Huey wrote on AllMusic, “[ROOTS] consolidates Sepultura's position as perhaps the most distinctive, original heavy metal band of the 1990s,” which is high praise, indeed. If you’re a metal fan and you’ve never given it a go, then you should definitely dig up a copy this set on CD or LP – yes, it’s available on both – as quickly as possible. To borrow a couple of song titles from these upstanding gentlemen, quality metal bands are an endangered species, and when compared to their peers, Sepultura are a breed apart.

Hot Wax: Sepultura, BENEATH THE REMAINS
THIS IS THE ARTICLE BOX TEMPLATE