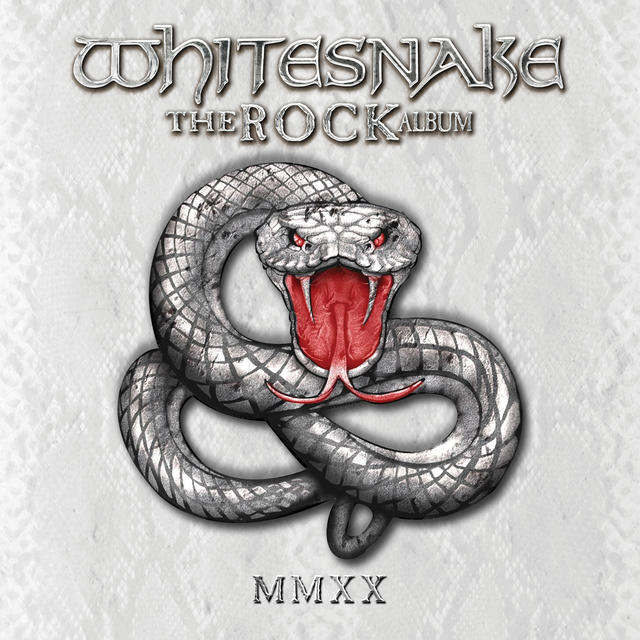 There’s no question that Whitesnake rocks, and they’ve done so for several decades now, so why not take a look back at their long, hard career – because they rock hard, obviously – with a new compilation that spotlights some of the more notable tunes in their repertoire?

THE ROCK ALBUM spans three decades of the band’s career, with the song selections taken from Whitesnake efforts between 1984 and 2011, and it’s the first of three compilations that are part of their planned “Red, White and Blues Trilogy” of LPs: LOVE SONGS, (red), THE ROCK ALBUM (white), and THE BLUES ALBUM (blue). In addition, this collection also includes a song from frontman David Coverdale’s solo album INTO THE LIGHT as well as a previously-unreleased track entitled “Always the Same,” which was recorded during the 2019 sessions for Whitesnake’s FLESH & BLOOD album.

THE ROCK ALBUM is being released digitally, on CD, and on a 2-LP set that’s being pressed on 180-gram white vinyl.

Wanna know what’s on it? We can oblige.