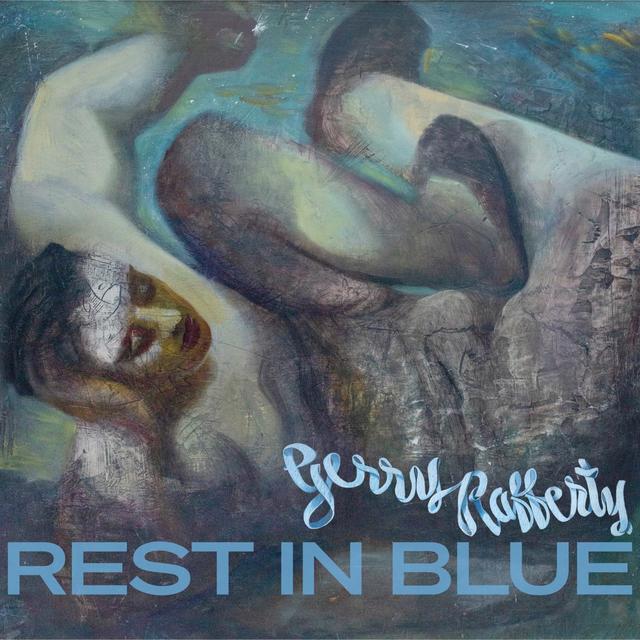 It was earlier this year when we learned that late Scottish music legend Gerry Rafferty was being celebrated with a new posthumous studio release, Rest in Blue. Over the weekend, the second song from the set was shared digitally: "Sign of the Times." The track follows "Slow Down," which came out back in June, and "Lost Highway," released in July. Listen to "Sign of the Times" below.

Rafferty had been working on music off and on starting back in 2006, but tragically passed away in 2011. His daughter, Martha Rafferty, went through the demos tapes he left behind--some dating as far back as 1970--to craft the album, stripping away layers of synthesizers to fully reveal Rafferty's vocal prowess.

Enlisting the help of Mark Knopfler and Alan Clark of Dire Straits, this vision was realised in the form of Rest In Blue; the new posthumous studio album from Gerry Rafferty, featuring artwork from long-time collaborator John Byrne. The album is a culmination of tracks recorded at varying parts of Gerry's career, including a number of new originals which dates back to the '70s ("Lost Highway," "You Are All I Want). It also features covers of traditional classics such as "Wild Mountain Thyme" and "Precious Memories." The album is rounded off by a bonus track in the form of a re-record of the Stealers Wheel and rock classic, "Stuck In The Middle With You." Made back in the 1990s, this version and has more of a country sound to it compared to the original penned by Gerry Rafferty and Joe Egan.

LISTEN: New Gerry Rafferty Song SLOW DOWN
THIS IS THE ARTICLE BOX TEMPLATE