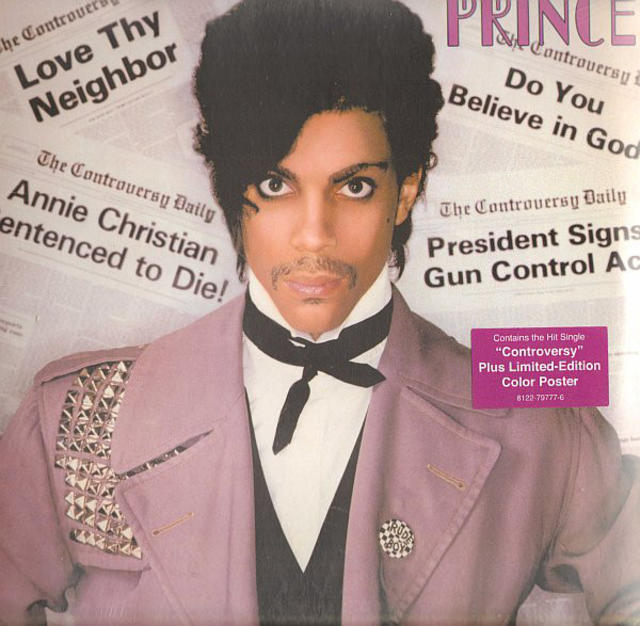 Prince had taken a quantum leap with the release of his third studio album, Dirty Mind, in 1980. When the artist returned a year later on October 14, 1981, with Controversy, he was captured in mid-transition: his newly liberated artistry was evolving at such a rapid pace that he crammed a double-album's worth of ideas into just eight songs.

The opening track and title cut was a sleek and refined update on the Dirty Mind title track, distilling his entire persona into a series of questions: "Am I black or white? Am I straight or gay?/Do I believe in God? Do I believe in me?" Released as a single, the song peaked at #70 on the Hot 100 for the week of November 21, 1981. The #1 song in the country that week: Olivia Newton-John's "Physical." The tune climbed all the way to #3 on the Hot Black Singles chart, and #1 on the Hot Dance Club Songs chart.

Second single "Let's Work" raced up the charts to peak at #9 on the Hot R&B Singles chart, and was another #1 on the Hot Dance Club Songs chart.

Prince got especially experimental on Side 2 of Controversy, previewing some of the textures and ideas that would get fleshed on his next studio effort, 1999. Tracks like "Ronnie Talk to Russia" and "Annie Christian" found him exploring more abstract ways to make music.

Controversy proved to be a breakout moment for Prince, almost cracking the top 20 when it peaked at #21 on the Billboard 200 for the week of November 21, 1981. The #1 album in America that week: Foreigner's 4.