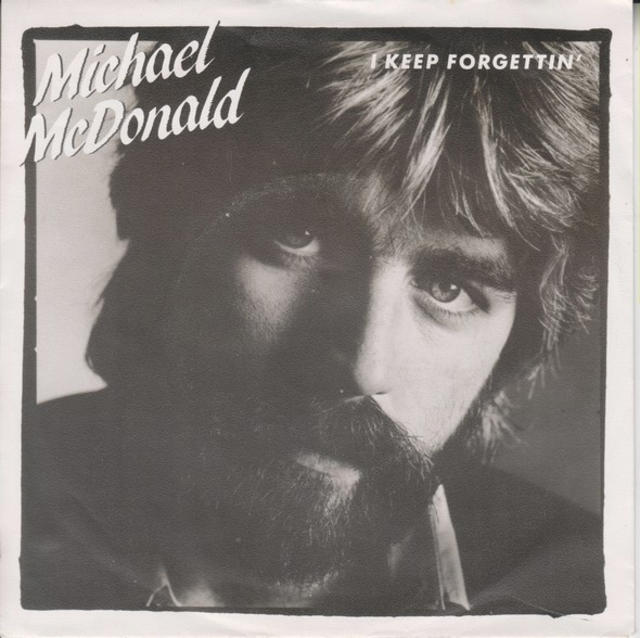 By 1982, crooner Michael McDonald's tenure with the Doobie Brothers was over for the time being, following the band's 1980 release, One Step Closer. With the singer's distinctive vocal styling being such an indelible part of many hit songs by the Doobies, McDonald was well positioned to launch a solo career.

When it came time for McDonald to re-introduce himself to the music world, he did so with "I Keep Forgettin' (Every Time You're Near)," a song co-written with Ed Sanford of the Sanford-Townsend Band fame ("Smoke from a Distant Fire"). Released August 1982 in advance of McDonald's debut solo album, If That's What it Takes, "I Keep Forgettin' (Every Time You're Near)" was a simmering radio hit that leaned into the R&B side of the Doobie Brothers' late-1970s sound. The song sailed up the charts to peak at #4 on the Hot 100 for the week of October 23, 1982. The #1 song in America that week: John Cougar's "Jack & Diane."

McDonald worked with a cavalcade of stars on the album and the single, with such heavyweights as Jeff Porcaro and Steve Lukathur (Toto), Louis Johnson of the Brothers Johnson, and session ace Greg Phillinganes, all playing on "I Keep Forgettin'." On backing vocals: his sister, Maureen McDonald.

The track's crossover appeal was large, with it peaking at #7 on the R&B chart, and #8 on the Adult Contemporary chart. It was enough that McDonald is among the select white artists invited to perform on Don Cornelius' legendary TV show Soul Train.

The One after the Big One: Michael McDonald, NO LOOKIN’ BACK
THIS IS THE ARTICLE BOX TEMPLATE

August 1982: When Michael McDonald Went Solo with IF THAT'S WHAT IT TAKES
THIS IS THE ARTICLE BOX TEMPLATE