Once Upon a Time at the Top of the Chart: The Housemartins, “Caravan of Love” 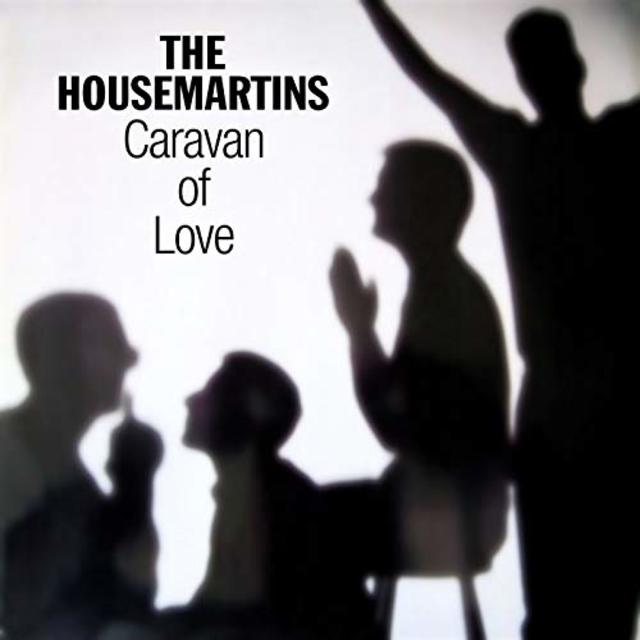 32 years ago this week, The Housemartins – otherwise known as the fourth best band in Hull – secured the lone #1 UK single of their career with, of all things, an a cappella cover of a single by a short-lived trio which had spun out of The Isley Brothers.

Written by Ernie Isley, Chris Jasper, and Marvin Isley, “Caravan of Love” was originally released in 1985 and credited to Isley-Jasper-Isley, an iteration of individuals who grew weary of the creative tensions within The Isley Brothers and decided to try something outside of that particular musical organization. As it turned out, the decision was a wise one, providing them with a #1 R&B hit as well as a #51 hit on the Billboard Hot 100, but little did they know that they’d soon find the song atop the UK Singles chart as well.

Of course, it wasn’t their version that topped the chart but, rather, the one by The Housemartins, the band who’d delivered such incredibly poppy numbers as “Happy Hour” and “Sheep.” The single was one which came out between the band’s two studio albums, LONDON 0 HULL 4 and THE PEOPLE WHO GRINNE THEMSELVES TO DEATH, which proved unfortunate for US fans, who had to struggle to secure a copy of the song. (Thankfully, it can be found in digital form with ease nowadays, as you can see below.)

Alas, The Housemartins broke up after the release of the aforementioned second album, but it wasn’t the last that the world heard from their members: in short order, The Beautiful South emerged from the ashes of the band and became more popular than The Housemartins could ever have imagined.

More on The Housemartins

Rhino’s Got You Covered: Bing Crosby, The Housemartins, Boingo, and Cleopatra
THIS IS THE ARTICLE BOX TEMPLATE