Once Upon a Time at the Top of the Charts: Cliff Richard and the Shadows, “Summer Holiday” 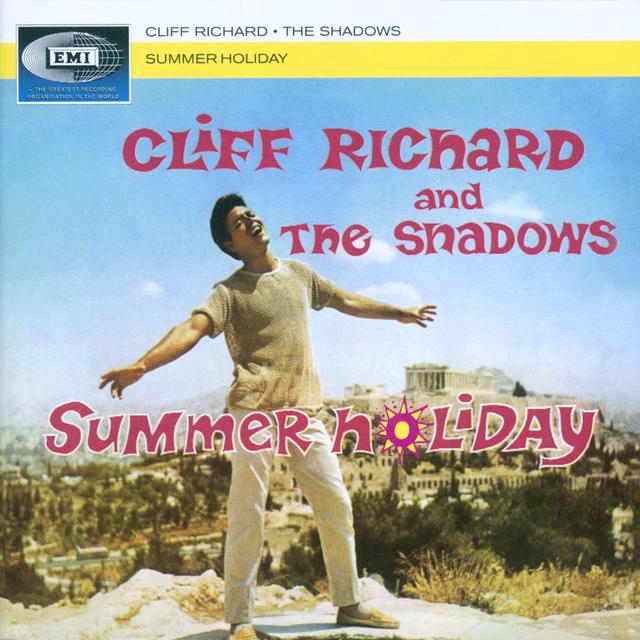 56 years ago today, Cliff Richard and The Shadows landed atop the UK Singles Chart with the title track of Cliff’s equally successful film, Summer Holiday.

Written by Bruce Welch and Brian Bennett and produced by Norrie Paramor, “Summer Holiday” remains one of the jauntiest pop songs of the early ‘60s, which meant that it always had a solid shot at becoming another #1 for the future Sir Cliff. In fairness, though, Cliff had reached such a level of success by that point in his career that it could’ve been a less-than-stellar song and probably still would’ve hit the top 20.

As noted, the film was also a smash hit, although – like its title song – it was one that simply didn’t translate when it crossed the pond. Ask any Brit who was around during the time of its release, however, and whether they’ve seen it or not, they’ll immediately know exactly what you’re talking about. Heck, they might even sing you a bit of that #1 hit!

Mind you, there’s also an entire generation of Americans who only know “Summer Holiday” because it was the title of the final episode of The Young Ones and was being sung by the cast members just before their double-decker bus ran through a billboard – one advertising Cliff’s “Summer Holiday Tour,” no less – and went sailing off the edge of a…cliff.

Wait, so that’s why Rik yelled, “Cliff”? Blimey, them blokes was clever…

Rhino’s Got You Covered: Cliff Richard, The Jesus and Mary Chain, Percy Sledge, and more
THIS IS THE ARTICLE BOX TEMPLATE