Once Upon a Time in the Top Spot: Eagles, ONE OF THESE NIGHTS 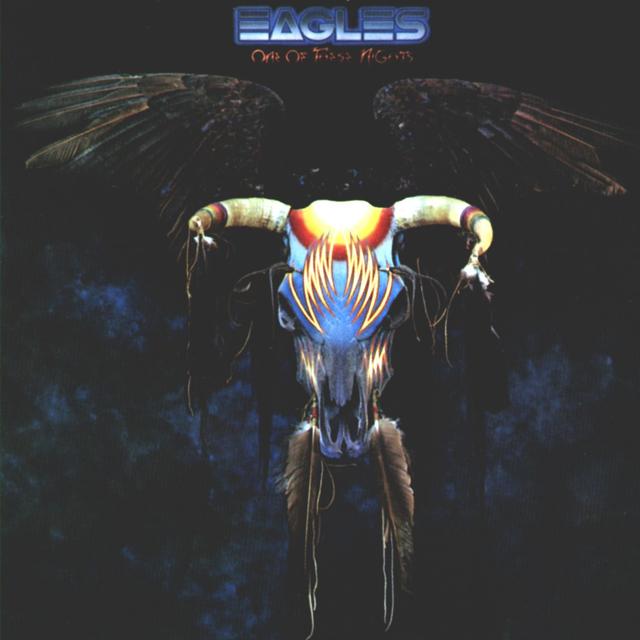 43 years ago today, the Eagles’ four studio album flew into the #1 position on the Billboard 200, an achievement which they had never before achieved at that point in their career.

Recorded partially at Mac Emmerman’s Criteria Studios in Miami and partially at the Record Plant Studios in Los Angeles, ONE OF THESE NIGHTS wasn’t just a chart-topping album: it was also the band’s first album to provide them with three top-10 singles. Indeed, if you aren’t immediately capable of humming the hook to all three of these songs, you may want to have someone check your pulse, since “Lyin’ Eyes,” the album’s title track, and “Take It to the Limit” all remain staples of album rock radio to this day.

In addition to its firsts, ONE OF THESE NIGHTS was also an album to provide the Eagles with a last: it was their final album to feature Bernie Leadon in their ranks. (By the time the band returned with their next studio album, HOTEL CALIFORNIA, his spot would be filled by Joe Walsh.) Somewhere between the firsts and lasts, there’s also an “only,” which can be found with the track entitled “Visions,” a Don Felder / Don Henley composition which remains the only Eagles song on which Felder handles lead vocals.

It should also be noted that Felder’s lone solo songwriting composition on the album – the instrumental “Journey of the Sorcerer” – achieved cult fame as the theme song to a certain sci-fi miniseries in the UK. Sadly, when the program in question was later transformed into a feature film, Felder’s song didn’t make the jump with it, but at least we still have this opening credit sequence…

ONE OF THESE NIGHTS earned three Grammy nods, including the coveted Album of the Year award, and although it didn’t end up taking home that particular honor, it did win Best Pop Performance by a Duo or Group with Vocal for “Lyin’ Eyes.” More importantly, though, was its aforementioned commercial success: in addition to its #1 status in America, it also hit #2 in Canada, went to #8 in the UK, and climbed into the top 10 of the Dutch, New Zealand, and Norwegian charts. If that mix of nations doesn’t spell “international success,” what does?

One of These Nights

Summer 1975: Eagles Soar Over America with ONE OF THESE NIGHTS
THIS IS THE ARTICLE BOX TEMPLATE