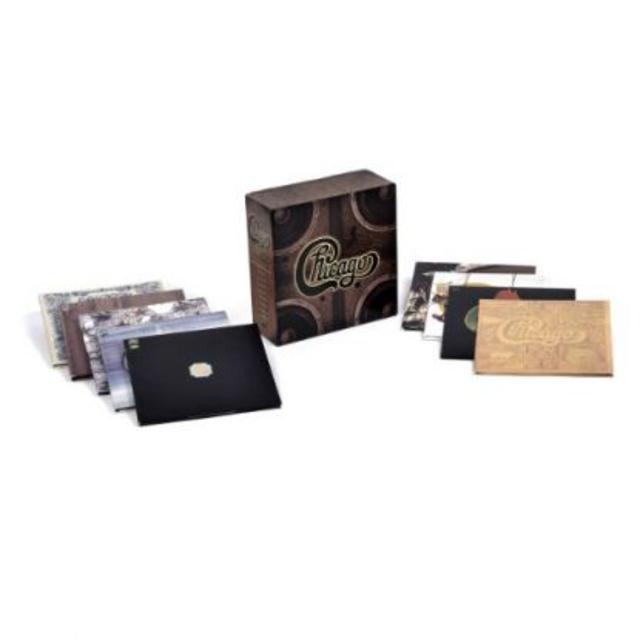 Boy, do we have the perfect gift four the Chicago fan in your life!

(You get it? “Four,” because the album’s called Quadio? Okay, fine, we’re moving on…)

It’s been a good year for Chicago thus far, what with the band having been inducted into the Rock and Roll Hall of Fame, and to help keep 2016 filled with a regular infusion of further goodness, we’ve just released the Quadio collection, which features nine of Chicago’s albums given quadraphonic and stereo mixes in high resolution 192/24 DTS-HD Master Audio on nine Blu-ray Audio discs.

Intrigued? Allow us to tell you more!

All of the albums are housed in sleeves which look just like their original vinyl sleeves, and we’ve endeavored to make them precise down to the last possible detail including the mini-posters that came with the LPs and even the iron-on that was included with Chicago VIII.

Yes, you are correct to think, “Man, this sounds awesome!” Admittedly, it’s the real audiophiles who are going to lose their mind over the quadraphonic mixes, but if you’re a little more simple in your musical appreciation, just take our word for it: everything sounds great, and the packaging looks phenomenal.

Here’s the list of albums that are included in the set, and once you’ve had a chance to look it over, don’t forget that you can literally go buy a copy right now…and, indeed, you probably should. After all, talk about a perfect start to your weekend!

Chicago Gold: WHAT'S IT GONNA BE, SANTA?
THIS IS THE ARTICLE BOX TEMPLATE